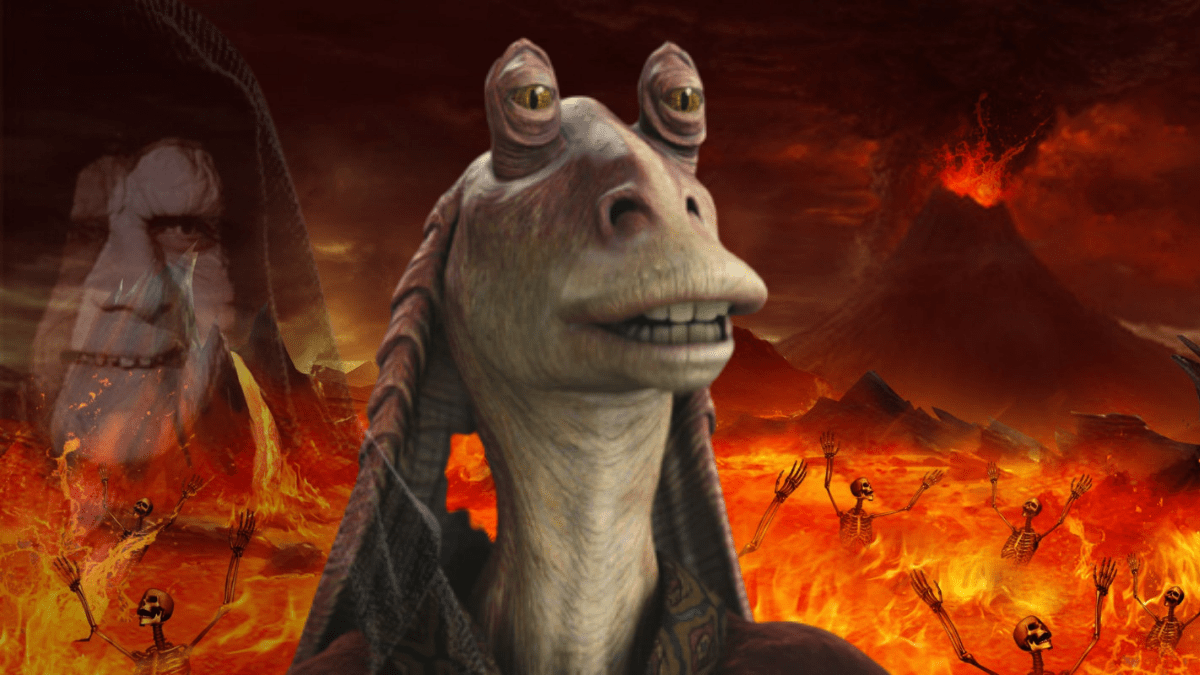 Jar Jar Binks, one of the Star Wars fandom’s most hated miscreants, is the subject of a new fan theory, which may only make you despise the Gungan even more.

Binks is seen by fans as a symbol of everything wrong with George Lucas’ Star Wars prequel trilogy — annoying, bumbling, and about as funny as a bone marrow transplant.

This fan theory, though, posited by /u/theyusedthelamppost on /r/FanTheories suggests that the Sith were very much aware of Jar Jar’s complete incompetence and used it in their favor. Essentially, Jar Jar was “just following orders” —the banality of evil.

It ticks two huge boxes as far as any Star Wars fan theory goes: ripping into one of the worst characters in the franchise’s history, but still making complete sense. Binks somehow finding himself among the company of the Jedi is astonishing in the prequels, considering he doesn’t seem to be even slightly good at anything.

Palpatine’s rise to power in the prequels is off the back of his gaslighting and lies to the senate, which, by Revenge of the Sith, includes Binks as a senator. Binks even proposes that Chancellor Palpatine be granted emergency powers in Attack of the Clones, which helps pave the way for the Empire’s rise.

Basically, Jar-Jar is the worst guy in the galaxy, and can theoretically be blamed for everything bad that happens. But, perhaps George Lucas warned us all of this during the production of The Phantom Menace when he remarked that “Jar Jar is the key to all of this”.