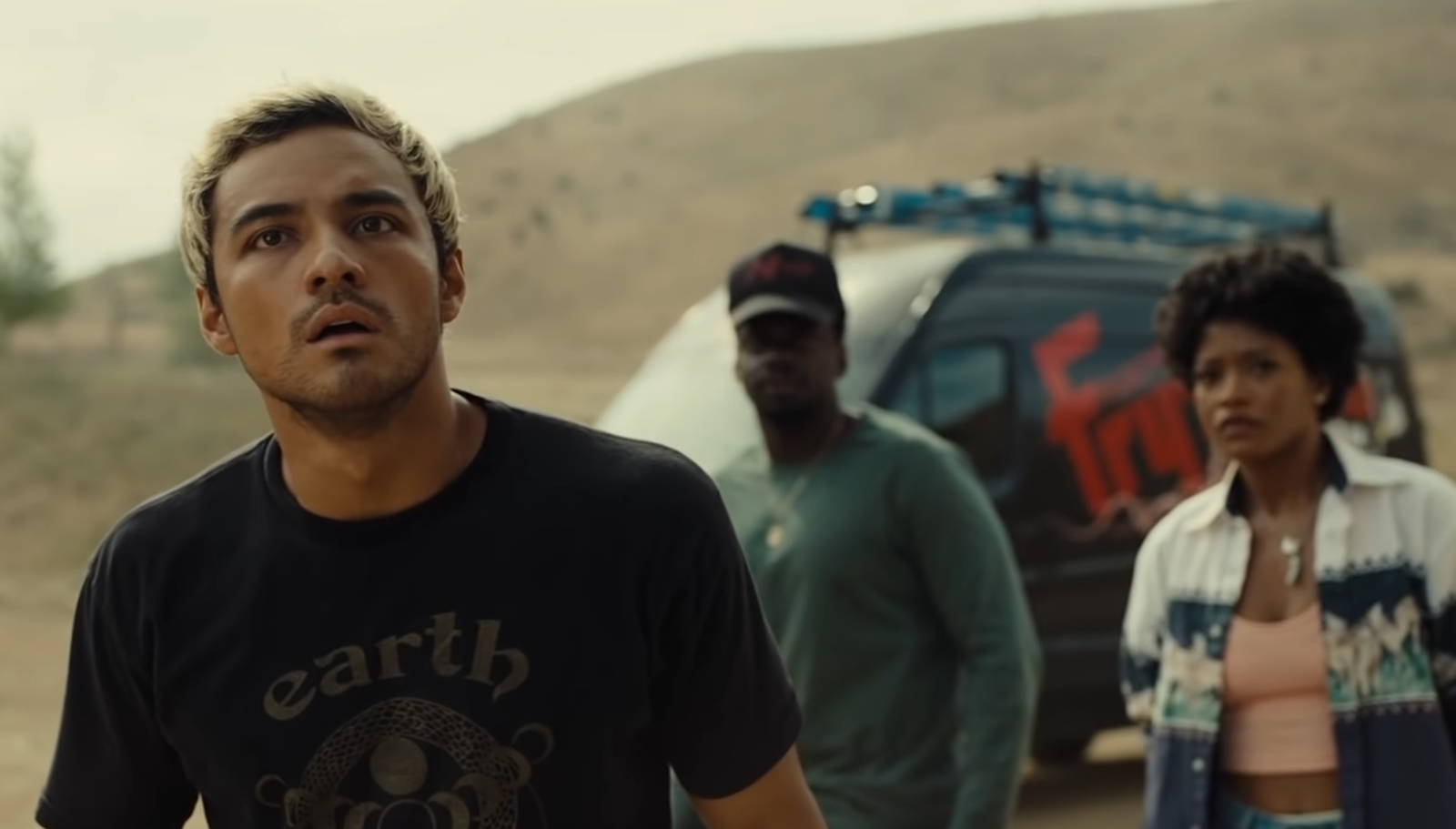 Jordan Peele has shared footage for his upcoming horror flick NOPE during the Universal Pictures presentation at CinemaCon.

Peele went on stage to talk about the film and didn’t give details on what the film is about as he doesn’t want anyone to spoil it. However, he said the film’s title reflects the audience’s feeling when you tell someone “you’re watching a horror film”.

“I like titles that reflect what audiences are thinking & feeling in the theater.”

Peele also said during the presentation that NOPE was shot using 65mm IMAX and shared how excited he was to shoot the film using new film techniques that “no one has seen before”.

Peele hopes that Nope will bring in new audiences who aren’t into the horror genre, but at the same time, is excited to hear the number of times the audience says the word ‘nope’ once they watch the film.

“I’m going to personally thrive on the amount of times that we hear ‘Nope’ in the theater.”

Nope was first announced back in February 2022 when it dropped its first trailer. At the time, the description of the film found in its trailer was “What’s a bad miracle?”

Nope stars Keke Palmer as Jill Haywood, a woman who runs Hollywood’s only Black-owned horse ranch. The ranch later gets tied up in this chilling and unknown mystery – that Peele didn’t want to spoil – that affects the whole town they’re in.

“The discovery and the surprise of it is part of the fun,”

Peele has worked on multiple horror films in the past. Some of his most popular works are Get Out, BlacKkKlansman, and Us