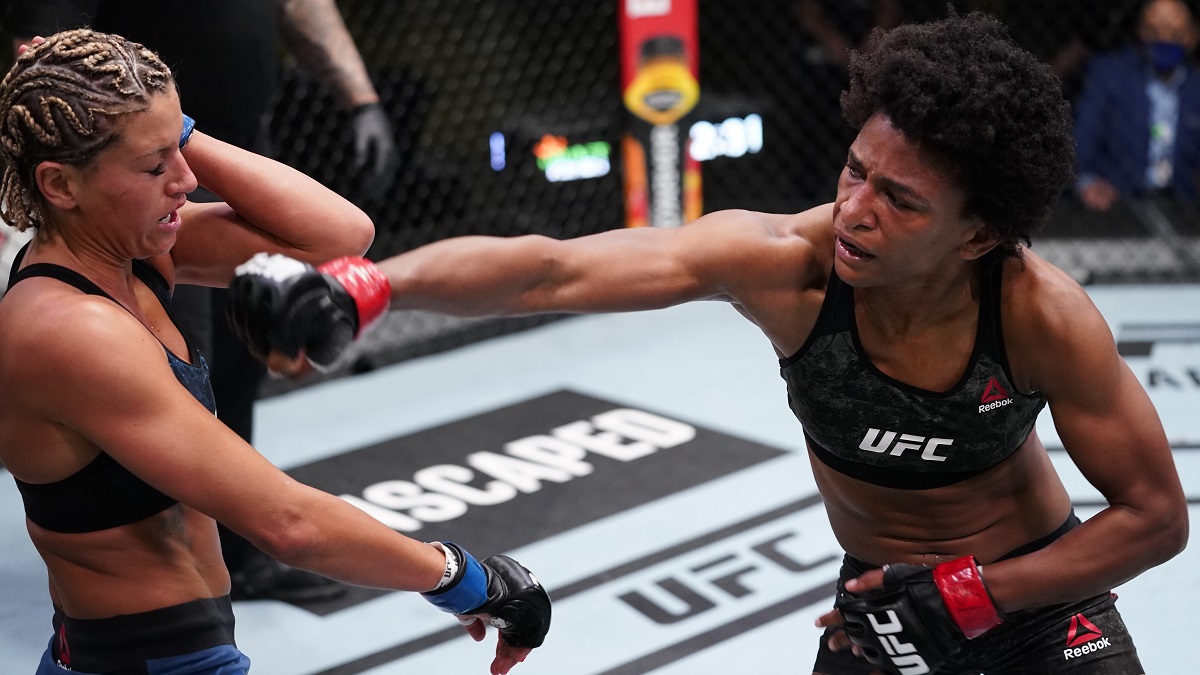 Just when you thought 2022 couldn’t end on a more bizarre note, we’re here to unleash what could rank as the single most unexpected sentence in a year full of surprises, with UFC fighter Angela Hill revealing that she wants to get involved with the sci-fi movie being produced for Netflix by Barack Obama that centers on her grandparents being abducted by aliens.

One of the very first high-profile stories about visitors from beyond the stars whisking human hosts off their own planet for an interstellar experience, Barney and Betty Hill claimed to have been beamed up in September of 1961, in what was imaginatively dubbed the Hill Abduction.

A couple of weeks back, it was revealed that Barack and Michelle Obama’s Higher Ground Productions had attached itself to White Mountains, which is set to be scripted by Becky Leigh and Mario Kyprianou and inspired by the Hills. That’s all we’ve got to go on so far, but the brawler revealed to TMZ that she’d be happy to lend some familial experience to the project.

“No, no. I just put it out there because it’s not the first thing I’ve heard. Ever since they released those documents, the UFO documents that they were hiding for so long, ever since that, I think it was about two years ago, I’ve been seeing a lot of Barney and Betty Hill stuff in production. It sucks when you see something being produced and it’s already greenlit, it’s ready to go and you’re like man I really wish my family was part of it because we’ve pretty much been written out of that part of the story. I think it’s one of the parts that make it more interesting.”

Could we be seeing a UFC fighter partner with the former president to tackle the fictional adaptation of a purportedly real-life alien abduction that serves as the basis of a Netflix genre film? Well, we certainly hope so, because it sounds insane.