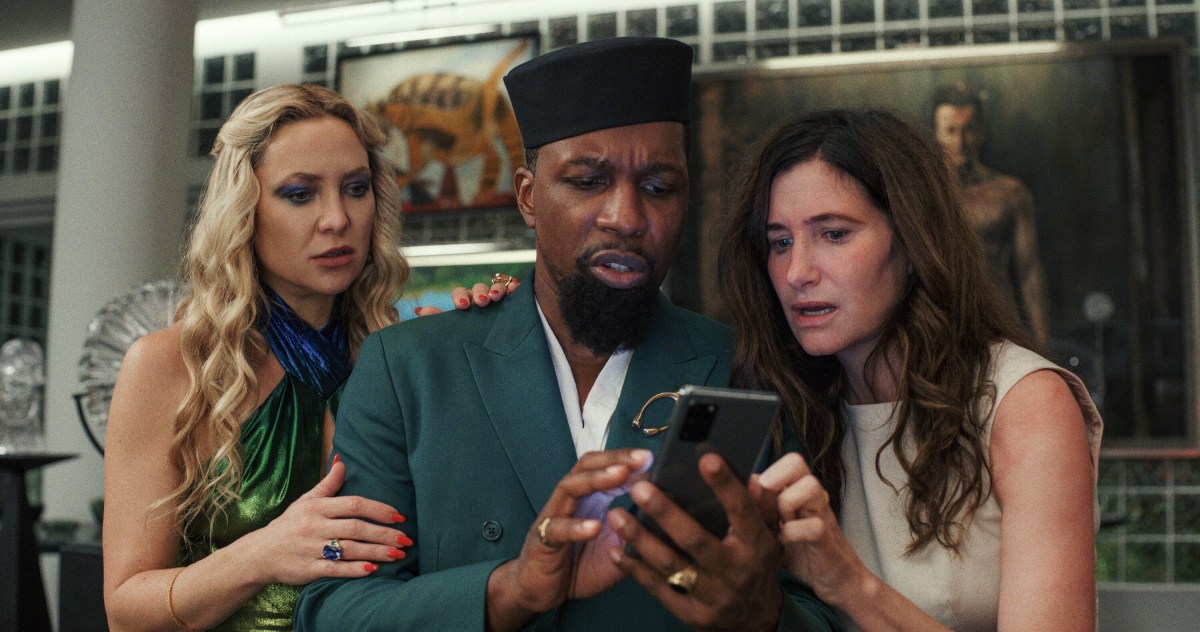 With Glass Onion set to finish up a rousing theatrical run today, those of us whose local cinemas didn’t make the cut eagerly look ahead to the end of December, when we can finally tune into the buzz around Rian Johnson‘s sophomore Knives Out film from the comfort of our own homes.

We’ve known for ages that Glass Onion departed from Knives Out to the point that it telegraphed a wholly serialized franchise for charismatic gumshoe Benoit Blanc, and Johnson seems intent on keeping it that way as the series grows larger. But, what if Johnson took it a step further and began welcoming crossovers into Benoit’s world? One Twitter user has dreamed up the perfect stepping stone if such a thing were to happen.

One user’s cheeky edit of the Glass Onion poster brought the cast of 2008’s Mamma Mia! into the fold, and the official Glass Onion Twitter account happily called attention to it, declaring that Benoit Blanc would figure out the identity of Sophie’s father without breaking a sweat.

With Meryl Streep, Stellan Skarsgård, Amanda Seyfried, and Colin Firth, the cast of Mamma Mia! (a film that, like Glass Onion, also takes place on a Greek island) would fit right into the Knives Out franchise, but it’s Daniel Craig’s hypothetical screentime with Pierce Brosnan that would be the uncontested talking point, it seems.

And who wouldn’t line up to see Benoit Blanc sing his heart out?

The ball is in your court, Johnson; get ABBA on the line and make all of our wildest dreams come true. We’re counting on you.

Glass Onion will release to Netflix on Dec. 23.