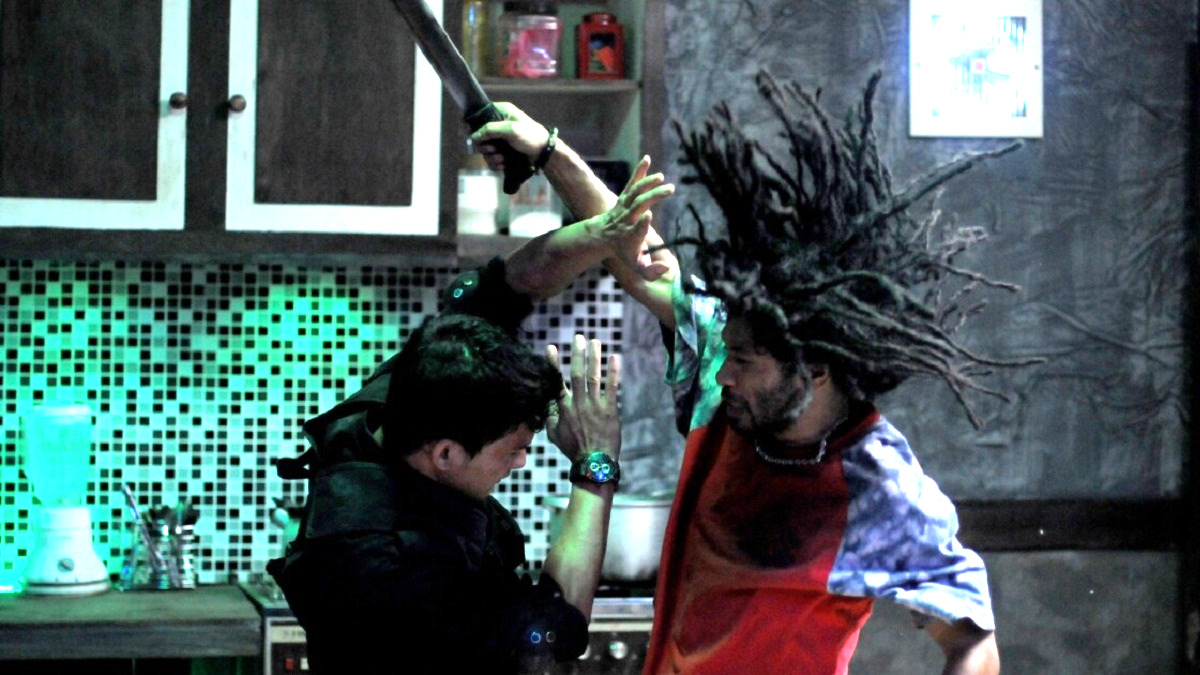 It sounds ridiculous when you hear it, but it would be fairly safe to say that nobody expected an Indonesian action movie directed by a Welshman (who also wrote the script, served as the editor and choreographed the set pieces) that was made for a measly $1.1 million to become one of the genre’s best-ever efforts, but that’s exactly what The Raid is.

The plot follows an elite team of Jakarta police officers tasked to infiltrate a safe house in order to apprehend the infamous drug kingpin who resides on the top floor… and that’s it. The officers enter through the ground floor, and immediately find themselves outgunned, outmatched, and overwhelmed, forcing their ever-dwindling numbers into an increasingly desperate battle for survival.

There’s no a single ounce of fat on The Raid‘s bones, with the head-spinningly propulsive story barreling through 101 virtually nonstop minutes of fistfights, weapon-based brawls, intense shootouts, expertly-paced and masterfully shot martial arts action, all anchored by a phenomenally stoic breakout performance by Iko Uwais, who was moonlighting as an action hero from his day job as the delivery driver for a telecom company at the time.

It’s unrelenting, nail-biting, and generally spectacular stuff, with HBO Max subscribers flocking to The Raid in their droves this week. As per FlixPatrol, the all-timer of an action classic has landed a place on the Top 10 in no less than 20 countries, many of whom will no doubt be having their socks blown clean off by the incredible, jaw-dropping array of ass-kickings they may have just witnessed for the very first time.