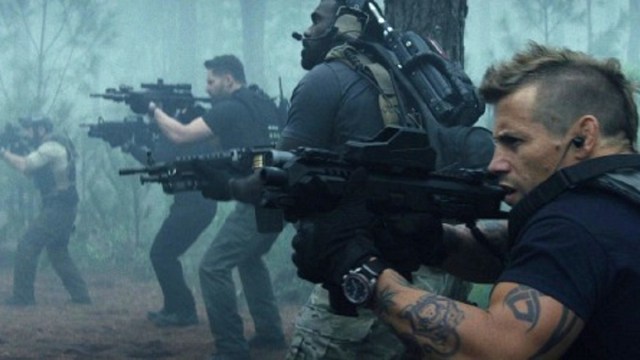 For a genre that’s been deemed as “cursed” on more than one occasion, Hollywood hasn’t shown any sign on giving up on video game adaptations. There’s a school of thought that believes the best examples in the genre’s history aren’t even based on pre-existing source material at all, though, with Dwayne Johnson’s Rampage almost fitting that bill by making huge deviations from its button-mashing namesake.

Very loosely taking the broadest strokes of the “giant monsters f*ck sh*t up on a destructive citywide scale” premise and transforming it into a gratuitously stupid $140 million creature feature worked out very well in the long run, with Rampage ranking as the third highest-grossing entry in the genre’s history after earning $428 million at the box office.

It proved about as polarizing as you’d expect from a movie focusing on The Rock trying to save the world from mutated animals, too, with the film’s 51 percent Rotten Tomatoes score being blown out of the water by a 72 percent user rating. Rampage is big, loud, dumb, and kinda fun if you need to unwind and switch your brain off, which might be why it’s in the midst of its latest resurgence on-demand.

Per FlixPatrol, the inoffensively entertaining epic has been on the… well, you get it… by securing a spot on the global most-watched charts of HBO Max, Prime Video, and iTunes at various points this week. Maybe fans are diving into the Johnson back catalogue to tide them over until they see Black Adam, or perhaps there’s never a bad time to watch gigantic monsters bare their teeth and throw down.