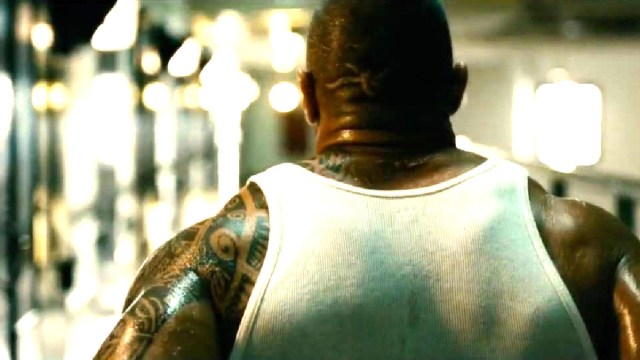 It’s impossible to argue with his methods given that he’s become the highest-paid actor in Hollywood, not to mention one of its most popular stars and biggest box office attractions, but we’d be lying if we said we didn’t want to see Dwayne Johnson return to his roots to make films like Faster more often, or even at all.

For the last decade, the 50 year-old has appeared in almost nothing but effects-heavy blockbusters where he isn’t required to stretch himself in the slightest, and that ain’t gonna change for the foreseeable future. Looking at Johnson’s in-development slate, we’re getting more from Black Adam, Hobbs & Shaw, Jungle Cruise, and Red Notice, with shooting currently underway on festive action epic Red One, which is also being designed to launch a monster-sized IP.

Director George Tillman Jr.’s bone-crunching Faster may have only earned $35 million at the box office and secured an underwhelming Rotten Tomatoes score of 42 percent, but the wildly enthusiastic response to a Reddit thread celebrating the down and dirty forgotten gem has drummed up huge levels of support from those who can’t even remember the last time The Rock took his hulking frame and ass-kicking credentials into unhinged R-rated territory (it was in Michael Bay’s anarchic 2013 black comedy Pain & Gain, for the record).

It turned out to be a turning point for the leading man’s career, too, with Johnson admitting that Faster was the project that stopped him from trying to fit into the Hollywood mold as a leading man. He got bigger, bulkier, and beefier, which put him in the running for Jack Reacher before Tom Cruise landed the part, and that ultimately got him in the door of the Fast & Furious franchise – which set him off on the trajectory he’s made his own over the last decade.