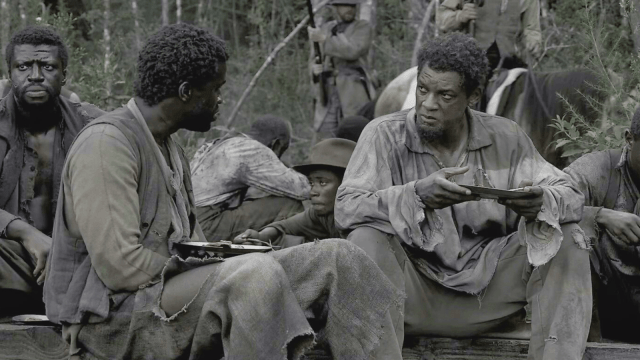 Actor Will Smith may have stunted his career with the televised assault we all know about, but his upcoming film could be a turn of fortune. Recently, audiences got a look at Emancipation, and, while it has promise, those who vote for the Academy Awards are not so sure.

A new article from The Hollywood Reporter published today surveys dozens of Oscar voters about the upcoming film and Smith’s prospects for another award so soon after slapping Chris Rock. Some say they want more time to go by before Smith is considered for anything, others granted anonymity say nominating Smith would be a slap in the face to the Academy, and, a member of the organization’s marketing and public relations branch went nuclear with their response to the question, needing only four words to sum up their thoughts.

Other reasons cited for potentially supporting the slavery film by Antoine Fuqua include being fair to the other cast members and crew involved. Others say work should be judged first and foremost before a person’s personal life, and, another member of the marketing and public relations branch adds the most important thing to do is see the work and then factor all things into voting.

“If Apple feels they can properly book/position/market the film for a 2022 release, then they should go for it. As far as voting for Smith, I can’t say yes or no until after I see the film. But if after I do, pending of course a nomination, I feel his performance is Oscar-worthy, I might consider it. But I must admit that at the end of the day, the slap is going to be factored into my ultimate decision.”

Emancipation premieres on Apple TV Plus in December. It is based on the true story of Gordon (AKA Whipped Peter). Gordon was a slave with extensive whip marks on his back who became the subject of a famous photograph before ultimately enlisting in the Union Army during the Civil War.