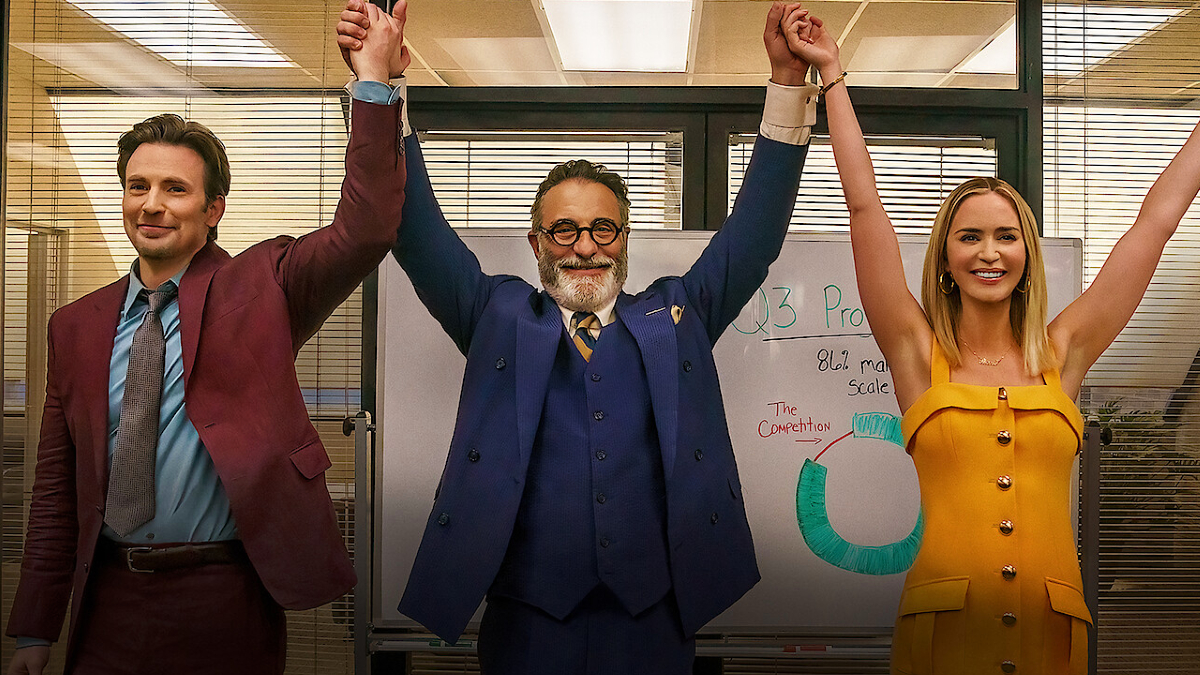 Netflix has streamed shows and movies that have set the benchmark for streaming content. Be it the establishment of the ‘Flanaverse’ containing works by horror auteur Mike Flanagan; or producing immensely successful series like Queen’s Gambit, Fear Street Trilogy, Stranger Things, Dark, and so on, Netflix has maintained its position as the producer of quality output.

2022 was a particularly good year for Netflix as it delivered some of the most fan-favorite series and movies on the streaming giant. This has certainly raised expectations so much that fans are looking forward to a repetition in 2023. Now is the time to remember one of Netflix’s biggest purchasing from the 2022 Cannes Film Festival.

Netflix made a $50 million deal to distribute the upcoming movie Pain Hustlers. Helmed by David Yates and starring Emily Blunt and Chris Evans in leading roles, Pain Hustlers throws light on the scheming nature of a pharmaceutical company. Let’s learn more about the movie.

A glimpse into Pain Hustlers: Release date, plot, and cast.

Pain Hustlers will be released on Oct. 27, 2023, on Netflix. Based on the book by Evan Hughes called The Hard Sell: Crime and Punishment at an Opioid Startup, the crux of the movie would revolve around the darker side of the pharmaceutical industries.

The story behind the adaptation of the book into a movie is rather intriguing. Author Evan Hughes wrote a thoroughly researched article ‘Pain Hustlers’ in New York Times magazine about a pharmaceutical company named Insys Therapeutics, that profited off by selling addictive painkillers to consumers.

Following the success of the article, Hughes decided to transform his story into a book which is now being expanded into a movie on Netflix. Not much detail has been disclosed about the plot of the movie except an official synopsis:

The film centers on Liza Drake (Blunt), a high-school dropout dreaming of a better life for her and her young daughter, who lands a job with a failing pharmaceutical start-up in a yellowing strip mall in Central Florida. Liza’s charm, guts, and drive catapult the company and her into the high life, where she soon finds herself at the center of a criminal conspiracy with deadly consequences.

The gist of Pain Hustlers bears resemblance to a few super hit blockbusters such as American Hustle and The Wolf of Wall Street, which has added to the buzz and anticipation. This is reinforced by the stellar casting that also features Andy Garcia, Catherine O’Hara, Chloe Coleman, Brian d’Arcy James, and Jay Duplass.

Pain Hustlers is directed by David Yates, whose previous works includes all the Harry Potter movies starting from Harry Potter and the Order of the Phoenix down to the last movie of the franchise, the Fantastic Beast series, and The Legend of Tarzan. Given his limited albeit highly successful past projects, it would be interesting to see what the upcoming movie has in store for the audience.