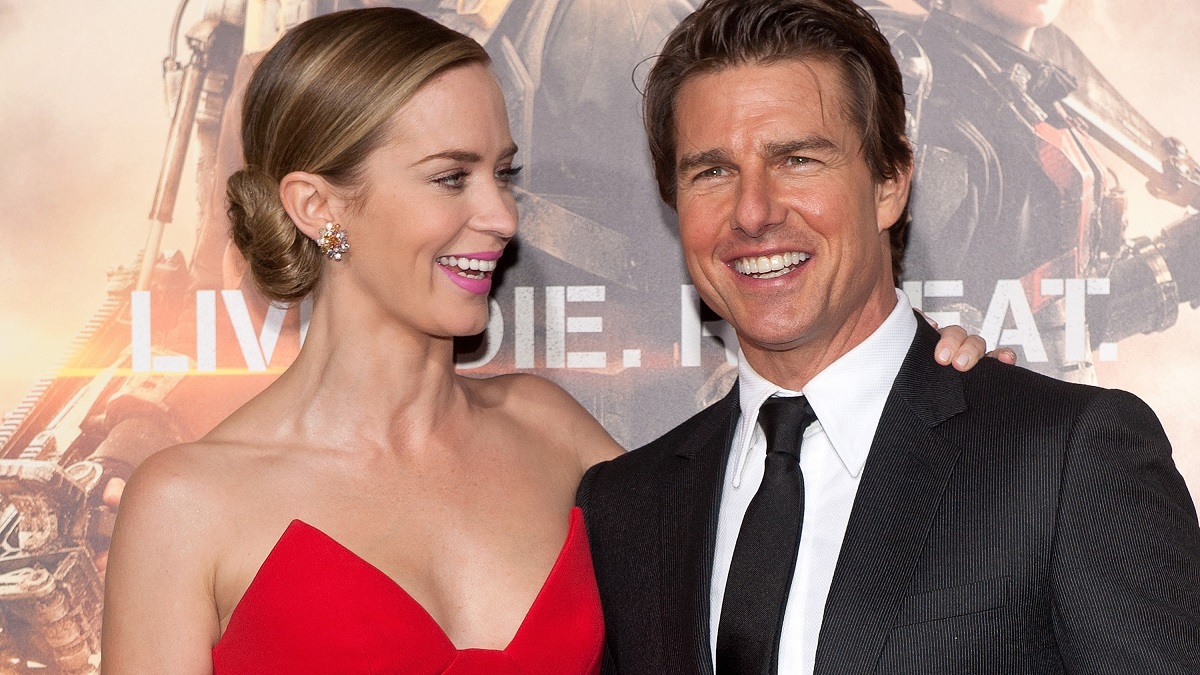 Tom Cruise is famed for intense demeanor and desire to push himself to the physical limits for the sole purpose of entertaining audiences around the world, so it’s not exactly surprising that his idea of a pep talk while shooting modern sci-fi classic Edge of Tomorrow was to console a sobbing Emily Blunt by calling her a p*ssy.

To be fair, it worked looking at the star’s ferocious performance opposite the Top Gun and Mission: Impossible legend in the temporal tale of terror that comfortably ranks as one of the 21st Century’s most severely underrated blockbusters. In fact, Blunt took the tough love on the chin and got right back to work in her 80 pound mech suit, but that’s not how the media interpreted it.

In fact, some outlets were even tearing down Cruise for belittling and mocking someone who was clearly in a state of emotional distress, but Blunt will not stand for slander of the A-list daredevil. In fact, she made a point of clarifying her comments in an interview with E! News, where she didn’t hold back on how drastically things were exaggerated.

“[They were] taken literally and absurdly out of context. It’s ludicrous that it’s being spun as something that offended me. It didn’t. I shared the story as lightheartedly as it was meant by Tom.”

There we have it folks, Tom Cruise calling Emily Blunt a p*ssy has been blown out of proportion in the name of gossip, in what surely has to rank as a first-time development on the internet. Now that the storm in a teacup has subsided, we’re really in the mood for revisiting the phenomenal Edge of Tomorrow.