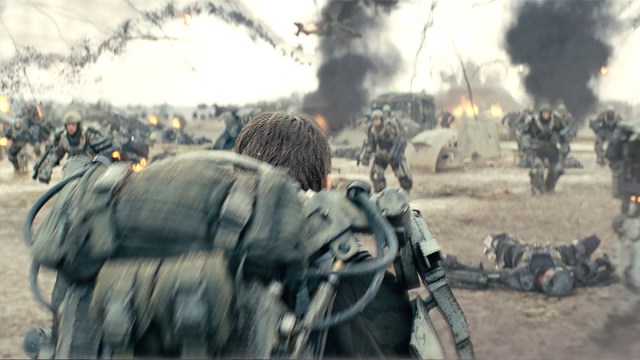 For the most part, troubled productions don’t tend to yield phenomenal results, but Doug Liman’s and Tom Cruise’s Edge of Tomorrow is most definitely one of the very few exceptions to the rule.

Things were so bad during the early days of the shoot that director Liman was behind schedule after one day, and the opening beach battle that was supposed to take two weeks ended up occupying over three months of the cast and crew’s time. Throw in constant rewrites and reshoots, and you can understand why many were predicting disaster for the for the $178 million epic.

Instead, Edge of Tomorrow easily overcame adversity to deliver one of the most jaw-dropping, relentlessly exciting, and action-packed sci-fi blockbusters of the 21st Century, winning rave reviews from critics and audiences alike. A $370 million box office haul was admittedly lower than expected, but we can partly chalk that up to a marketing campaign that continued to change the movie’s title months after release, with the self-serious trailers also failing to paint a realistic picture of the tone.

It doesn’t look like the planned sequel will ever end up happening, but Netflix users have nonetheless been revisiting Edge of Tomorrow again and again and again and again. As per FlixPatrol, Cruise’s repeated attempts to save the world (and die trying in almost all of them) can currently be found as the 20th most-watched title on the platform’s global charts, which is no doubt going to leave audiences disappointed that Live Die Repeat and Repeat remains mired in development hell.