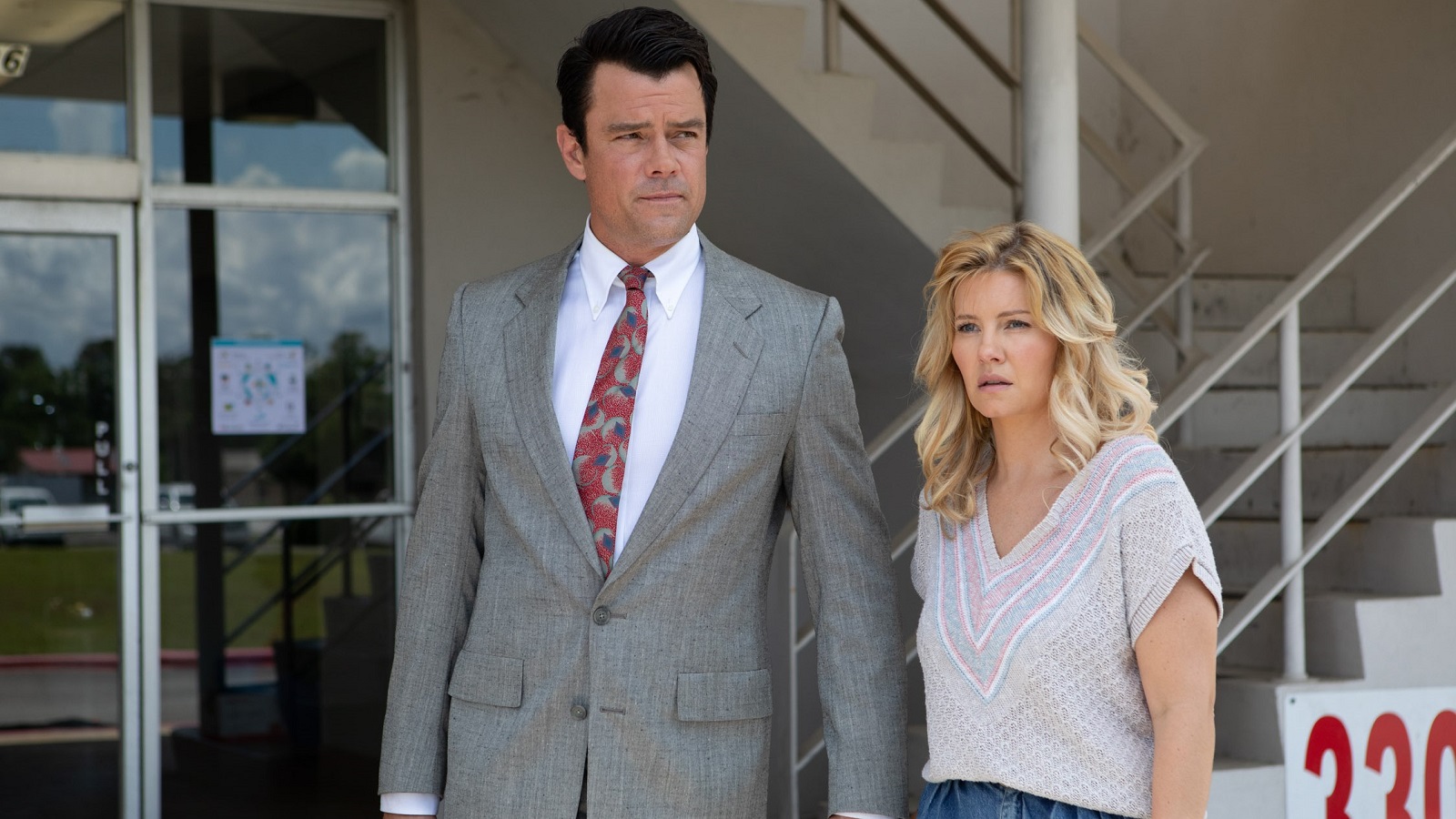 Image Via Quiver Distribution
Review of: Review: 'Bandit' is a smash and grab story with heart and soul

'Bandit' is anchored by a charismatic performance from Josh Duhamel as Gilbert Galvan Jr. With solid support from Mel Gibson as a partner in crime, the film does suffer from an excess amount of plot and indulgent running time.

Bandit prepares to hold up cinemas from Sept 23, telling the tale of Gilbert Galvan Jr, who held up 59 Canadian banks in the 1980s, walking away with over $2 million and a record no one has ever. managed to break.

Adapted by Kraig Wenman from the book by Robert Knuckle, this Out of Sight throwback is lots of fun. Josh Duhamel Galvan Jr is a full-on charm offensive living his own Elmore Leonard adaptation, which is why Steven Soderbergh’s aforementioned caper is such an easy comparison. With countless moments of direct-to-camera dialogue, Bandit also gives Duhamel an opportunity to showcase his comedy chops whilst delivering a complex character study.

Opening on a bank job with accompanying voiceover, Bandit leans into exposition early to establish character and narrative. Galvan Jr is a slick operator, who immerses himself in character through rigorous research. Robberies are methodically planned to identify weaknesses, making them a thing of beauty to behold.

Much of the opening act belongs to Duhamel as he works the angles, befriending his audience and outdoing George Clooney in the process. There is a consistent tonal tempo which keeps momentum up and narrative choices on point, making Bandit more fun than most films with twice the budget.

With a four-year flashback which illustrates his evolution, everything seems to be working really well. Comedic moments are woven into this road trip, rite of passage-cum-robbery tale, without once feeling formulaic on any level. However, when Galvan Jr starts moving to evade capture, Bandit comes unstuck slightly as love interest Andrea (Elisha Cuthbert) gets introduced.

Under the guise of Robert Whiteman, Galvan Jr quickly romances Andrea into a long-term relationship, without revealing his criminal past. Predictably, that catches up to him, meaning excuses are made and he goes on an extended work trip. This is when more problems occur, as Bandit starts feeling over-engineered.

It runs for over two hours, and might have benefited from a judicious trim here and there, removing superfluous elements which subtly slow things down. As the running time ticks on, and an ingenious montage of disguises illustrate Galvan Jr’s progress, Bandit continues to show flashes of originality. Fake noses, thick mustaches and a cornucopia of costumes continue keeping things light, but despite this it really starts to flag. Not through a lack of solid performances, though, but because of that extraneous detail.

When Tommy Kay (Mel Gibson) gets introduced along with dogged detective Snydes (Nestor Carbonell), this bloated tale of a legendary bank robber takes yet another turn. Galvan Jr expands his operation through this connection, using Kay’s collateral as seed money, giving him the means to take on larger jobs for higher returns. It is key to note that Gibson never feels like he phones in this performance, pitching his commitment somewhere between Hulu’s Boss Level and The Expendables 3 in terms of characterization.

That being said, Bandit still belongs to Duhamel, who maintains a solid turn throughout, trading in charm and charisma without ever drifting towards caricature. Carbonell also works hard as detective Snydes, who pursues both Tommy and Galvan Jr inching ever closer to a collar. However, beyond his gruff demeanor and cliched cop characterization, Snydes feels oddly underdeveloped alongside everyone else, apart from Olivia D’Abo’s Linda.

Her role in Bandit is so small she may as well be a bar stool. With a sum total of four lines and fewer scenes, there will be some left wondering what happened. Hanging off the arm of Gibson or sharing air with Duhamel does not constitute a film role, especially if you are barely onscreen. You can only assume much of what Linda had to do remains on a cutting room floor somewhere, consigned to ignominy.

Beyond that, there is no getting away from the fact that Bandit feels too long. It mixes and matches genres from road trip staples to relationship tangents, whilst also trying to squeeze in this career criminal thread somewhere else. In hindsight, irrespective of the solid performances from Cuthbert as Andrea and the headliner, this film suffers from an overabundance of ideas. Leading in short order to a stylistically slick but confusingly over-packed genre mash up.

Review: 'Bandit' is a smash and grab story with heart and soul

'Bandit' is anchored by a charismatic performance from Josh Duhamel as Gilbert Galvan Jr. With solid support from Mel Gibson as a partner in crime, the film does suffer from an excess amount of plot and indulgent running time.