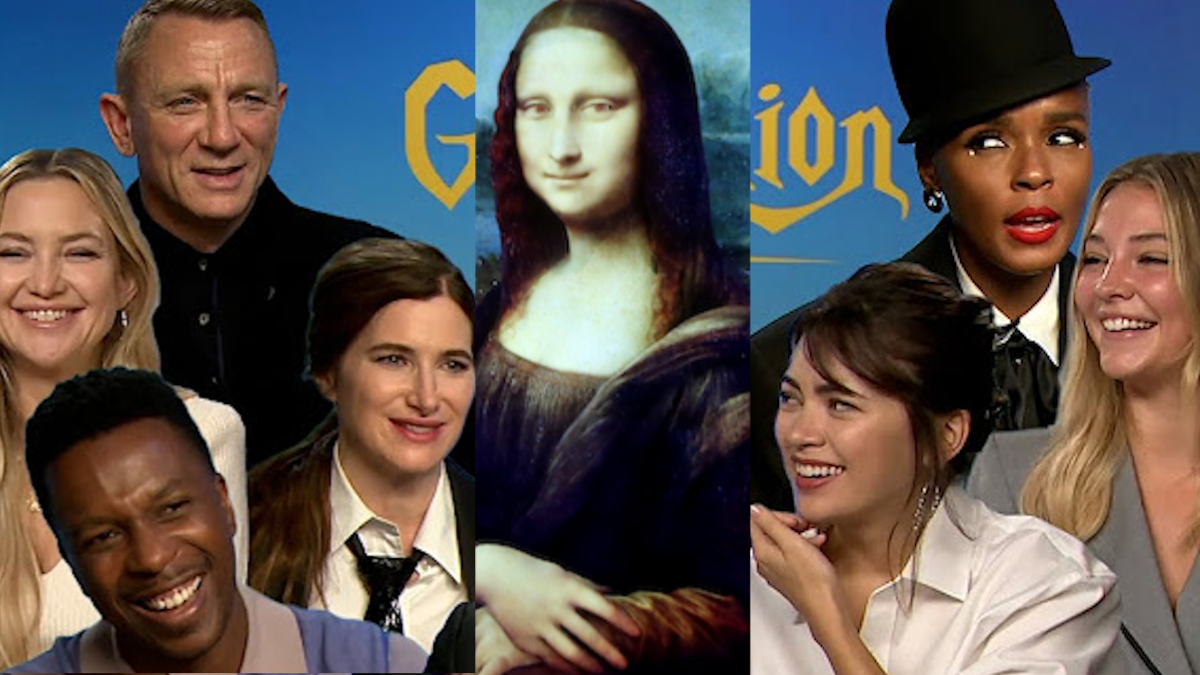 Warning: This article contains spoilers for Glass Onion: A Knives Out Mystery.

Glass Onion: A Knives Out Mystery director Rian Johnson revealed during a recent interview with Netflix’s Tudum the pivotal role the Mona Lisa painting played in the film.

The premise of Glass Onion: A Knives Out Mystery involves five people visiting their longtime friend Miles Bron’s (Edward Norton) vacation home in Greece for a murder mystery weekend game to solve his slaining. Throughout the movie, fans saw Bron’s prized procession, the Mona Lisa painting. The tech entrepreneur obtained it when France hit a financial crisis during the global pandemic. Bron tells his friends that getting this painting was a momentous occasion because whenever someone would talk about the Mona Lisa, they would also mention his name, among other things.

Near the end of the murder mystery game, it was revealed that Bron killed his business partner Andi Brand — the mastermind behind an experimental fuel alternative, Klear energy, for which the billionaire was taking credit — to stop her from outing him. Andi’s twin sister Helen Brand (Janelle Monáe) and Daniel Craig’s Benoit Blanc went to the mansion to solve Andi’s murder. Once the news became public, Helen set the Mona Lisa picture on fire using an explosive she created.

During the Dec. 27 discussion, Johnson opened up about why he chose to have the Mona Lisa be the object that would be destroyed once the truth about Bron was revealed. The 49-year-old stated that he wanted to use something that wasn’t controversial but well-known to the public to capture their attention.

“It had to be the Mona Lisa. It’s a sacred cow, but it’s almost more famous for being famous. It’s so ridiculous that the audience will make the leap and get the joke. As opposed to burning a Bible, for instance, or a flag, you know — something that could actually be offensive. There’s something about the Mona Lisa that’s in the popular consciousness where it still has all the weight of being, ‘Holy shit, it’s the Mona Lisa!’ ”

Since the Glass Onion: A Knives Out Mystery premiered on Netflix on Dec. 23, it has pretty good reviews. According to The Hollywood Reporter, the movie was “streamed 82.1 million hours” for the first three days. Despite the high streaming views, it wasn’t on Netflix’s top five list.