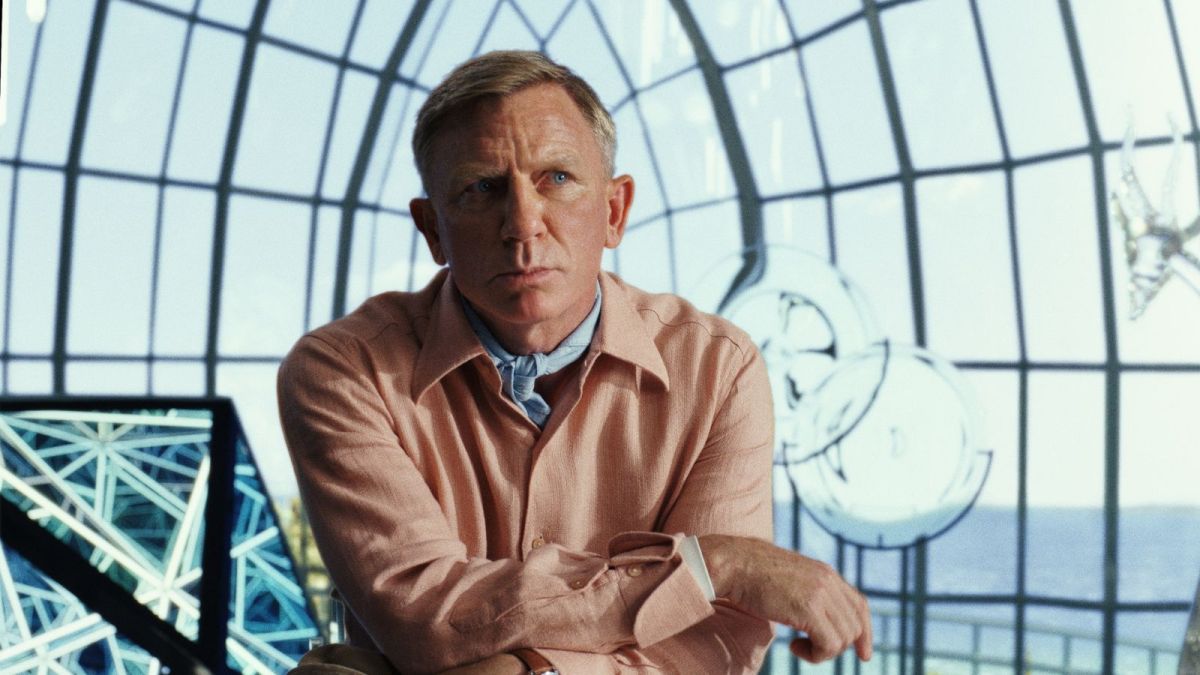 Glass Onion: A Knives Out Mystery landed on Netflix on December 23, and promptly rocketed to the top of the charts in 70 countries. The world is clearly loving Rian Johnson’s sequel, with the film sitting at 93 percent on the Tomatometer for critics and audiences alike.

That doesn’t mean Johnson isn’t without regrets. He envisaged these movies as being a traditional detective series in the mold of Agatha Christie, with each entry having its own title. For example, while both Death on the Nile and Murder on the Orient Express are Hercule Poirot mysteries, they have their own titles.

In an interview with The Atlantic Johnson explained this was the plan for Knives Out and Glass Onion, though commercial considerations meant “Knives Out” had to be in the title somewhere:

“I’ve tried hard to make them self-contained. Honestly, I’m pissed off that we have A Knives Out Mystery in the title. I want it to just be called Glass Onion. I get it, and I want everyone who liked the first movie to know this is next in the series, but also, the whole appeal to me is it’s a new novel off the shelf every time. But there’s a gravity of a thousand suns toward serialized storytelling.”

It’s a fair point, especially because “Knives Out” is a direct reference to the murder in the first movie and its eye-catching diorama of knives present in the background of multiple scenes (which plays a key role in the finale). However, with Netflix reportedly spending an incredible $469 million on Glass Onion (and the untitled third movie), we can understand why they wanted audiences to know this was a sequel to the 2019 whodunnit smash hit.

Honestly, if this is Johnson’s one big regret about the movie, it indicates he’s very happy with how it turned out. We also imagine he’s over the moon that Elon Musk has been publicly proving that he’s an idiot this year, too, which amply supports Glass Onion‘s portrayal of dumb-as-a-rock tech billionaire Miles Bron.

Glass Onion: A Knives Out Mystery is available to stream on Netflix.