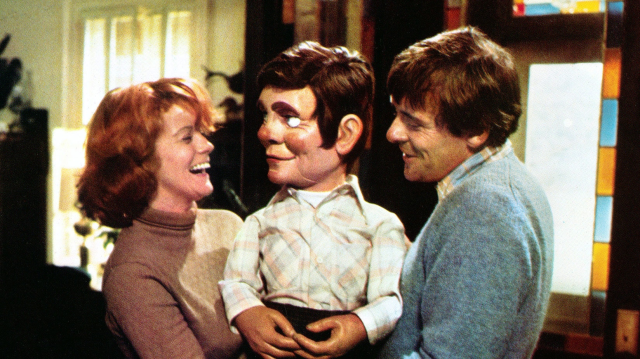 Fresh off of helming the pseudo-horror film that was Doctor Strange in the Multiverse of Madness, Sam Raimi is ready to jump right back into the genre that cemented him as one of the finest auteurs in recent history.

The project in question? A remake of Magic, a 1978 psychological horror film that starred Academy Award winner Anthony Hopkins in the leading role.

The film follows the plight of Charles “Corky” Withers, a successful stage magician and ventriloquist who performs shows using his trusty ventriloquist dummy Fats, but unbeknownst to anyone else, Corky is unable to fully control Fats, with the power dynamic sometimes flipping in the opposite direction. After running away to his hometown in fear of having this dark secret uncovered, Fats begins to weave some murderous mischief into the life of the magician and his friends.

It was a hit with critics, and reappraisals have carried it over to the present day just as favorably. Now, with the material in the hands of Raimi, horror fans old and new will be in for a treat before long.

The news came after Roy Lee (Don’t Worry Darling, Barbarian), who will be producing the film, let us all in on the secret during an interview on Mick Garris’ Post Mortem podcast.

“I’ve only worked with [Sam Raimi] as a producer on films… actually… the first time I’m gonna work with him as a director is on a remake of Magic, which is something that we’re working on now. The Anthony Hopkins movie. We’re just actually hearing the final versions of the different takes from writers next week.”

Unfortunately, there are no further details surrounding the film to help feed our need for more Raimi content. While there’s no telling how Raimi might spin this classic horror tale for modern audiences, one thing is for certain; we’ll all be crossing our fingers for an Anthony Hopkins cameo.