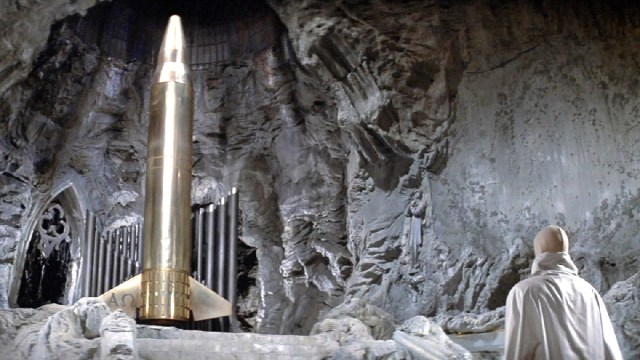 Any sci-fi franchise with designs on longevity is almost destined to become stranger and more far-fetched as it carries on, and that’s especially true when the entire property is predicated on a distant future where humans have been usurped by their simian counterparts at the top of the food chain. Needless to say, then, the Planet of the Apes saga has gotten pretty weird at points.

Obviously, that’s to be expected when the groundbreaking 1968 original launched four direct sequels, a live-action episodic series, and an animated TV show, before spending decades in development hell until Tim Burton relaunched the IP in incredibly divisive fashion, and that all happened prior to Rupert Wyatt and Matt Reeves delivering an all-time great reboot trilogy, which is itself getting a legacy sequel in 2024.

In short, plenty has happened in the half century since we first introduced to Planet of the Apes on the big screen, but if we take the debate sweeping Reddit to heart, then it would appear things never got any more unhinged than they did in the very first follow-up Beneath the Planet of the Apes, which is winning a combination of praise and curiosity as one of the most bizarre genre films a lot of people have ever had the pleasure of witnessing firsthand.

The story finds an astronaut sent deep into space to try and find the missing cosmonauts who drove the opening chapter, but they get more than they bargained for when it’s discovered that there isn’t just a planet full of apes, but an underground population of monstrously mutated survivors of a nuclear holocaust that used to be human.

Sure enough, it’s batsh*t from the off, and there’s a reason why it’s the second worst-reviewed entry of the 10-film journey. However, Beneath the Planet of the Apes is so off-the-rails that it becomes strangely endearing and dementedly entertaining as a result, as long as you’ve got a penchant for the weird and wonderful.