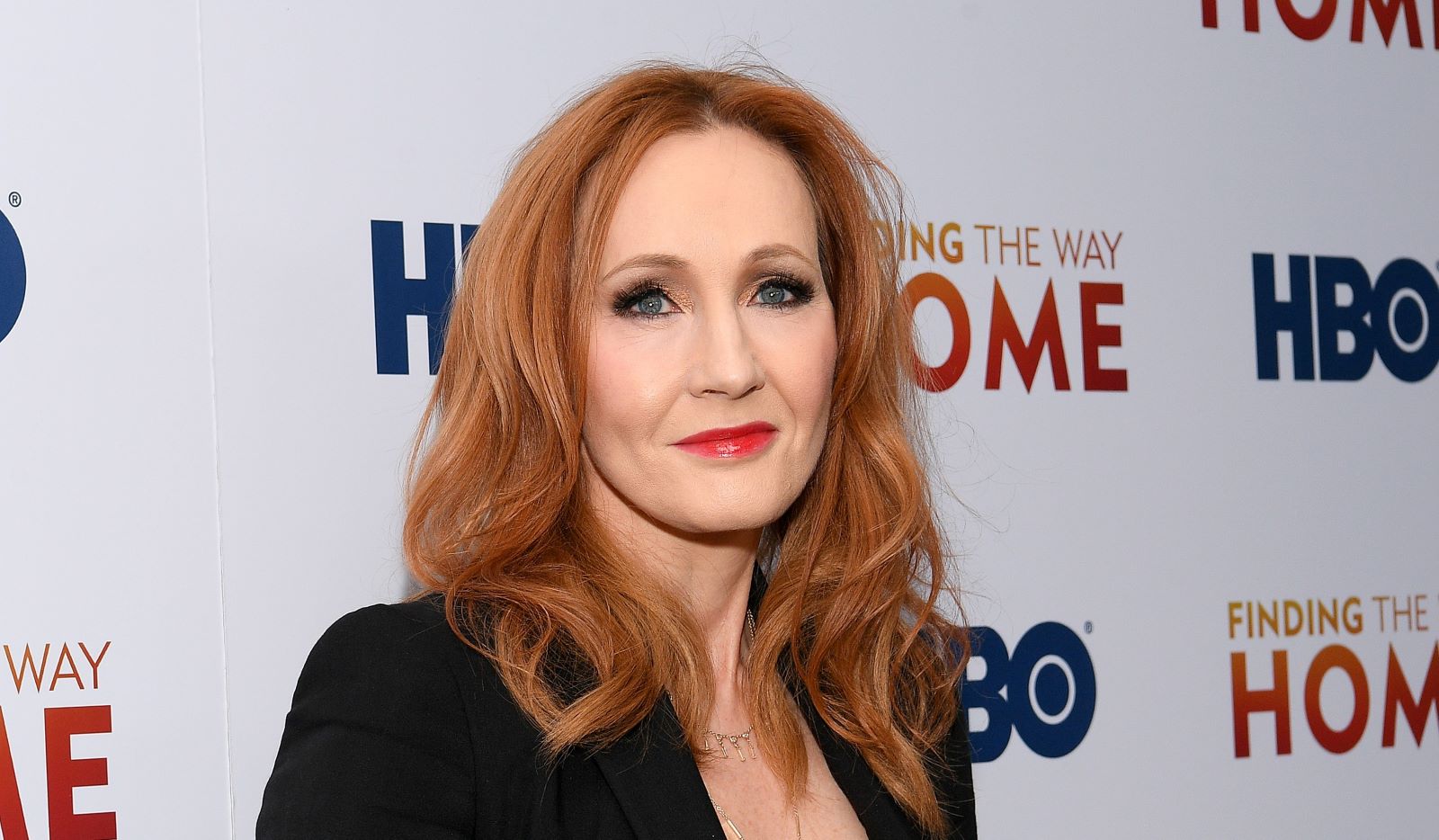 The success or failure of Fantastic Beasts: The Secrets of Dumbledore may very well decide the future of the once-mighty Wizarding World franchise.

Ever since the Harry Potter books and movies ended with Harry Potter and the Deathly Hallows, Warner Bros. and J.K. Rowling have kept the fire burning with various spinoff projects, the most prominent of which is the Fantastic Beasts movie franchise. This debuted with 2016’s critically acclaimed box office success Fantastic Beasts and Where to Find Them, though hit a speed bump with the sequel. 2018’s Fantastic Beasts: The Crimes of Grindelwald was met with negative reviews for its over-complicated plot and ended its theatrical run as the lowest-grossing entry in the Wizarding World to date.

But since 2018, things have gotten a lot more complicated for Harry Potter fans. In 2019, Rowling began to post content many have deemed transphobic, resulting in a continued wave of condemnation.

The situation has continued ever since, with Rowling regularly trending as she courts controversy with her tweets, including a December 2021 tweet in which she added her own take to a familiar list of Orwellian contradictions, writing, “The Penised Individual Who Raped You Is a Woman” in response to a Times story.

Many of her defenders hide behind mealy-mouthed comments that she’s simply said “women have periods” or “sex is real” or something similarly anodyne.

The evidence shows otherwise. GLAAD’s accountability project chronicles her support for anti-LGBTQ activist Caroline Farrow, mockery of the idea of trans women being celebrated on International Women’s Day, claiming that the existence of trans people means “the lived reality of women globally is erased“, and returning an award from the Robert F. Kennedy Human Rights group after its president expressed her “profound disappointment” with her stance.

It’s worth underlining that this will be hotly disputed by Rowling and her supporters, though her antagonism toward trans people appears well-documented and near universally agreed upon. A recent (and surreal) example saw Vladimir Putin taking Rowling’s side, saying in a speech made in response to artistic sanctions against Russia:

“Recently they cancelled the children’s writer Joanne Rowling because she – the author of books that have sold hundreds of millions of copies worldwide – fell out of favour with fans of so-called gender freedoms.”

With The Secrets of Dumbledore now about to hit theaters — this coming Friday in the U.K. and on April 15 in the U.S. ⏤ many fans are facing a dilemma: Is it okay to see the movie even if you vehemently disagree with Rowling’s comments on trans people?

Obviously, this is ultimately a personal choice, but there are a few factors that may sway you one way or the other.

If you’re looking for justification to see the movie, note that some of the stars of The Secrets of Dumbledore have made public their support for trans rights and their disagreement with Rowling. For example, in 2020 Newt Scamander actor Eddie Redmayne commented:

“I disagree with Jo’s comments. Trans women are women, trans men are men, and non-binary identities are valid. I would never want to speak on behalf of the community, but I do know that my dear transgender friends and colleagues are tired of this constant questioning of their identities, which all too often results in violence and abuse. They simply want to live their lives peacefully, and it’s time to let them do so.”

But a few trans allies in the cast doesn’t change the fact that Rowling will directly profit from The Secrets of Dumbledore‘s box office performance. Exact contractual details are hard to come by, though at least for the first Fantastic Beasts movie we know she negotiated “a low double-digit percentage of the net box office.” That means whether or not you see The Secrets of Dumbledore, it will have a direct impact on Rowling’s bottom line — a ticket bought for this movie is putting money in her pocket.

On top of that, the Fantastic Beasts franchise was unveiled as a five-film series in 2016, though the frosty reception to the second part has given Warner Bros. pause before committing to finishing it. As such, The Secrets of Dumbledore‘s box office may decide whether subsequent Fantastic Beasts sequels happen. If it underperforms to the same degree (or worse) than the last movie, expect the brakes to be slammed on and for Rowling to take a financial and reputational hit.

The Secrets of Dumbledore flopping would send a clear signal to both Rowling and Warner Bros. that the audiences care about this issue and are prepared to vote with their wallets. If it’s shown that Rowling’s behavior has contributed to tanking one of the biggest entertainment franchises in the world, Warner Bros. will likely ramp up efforts to separate the Wizarding World from its creator.

This is arguably already happening: Rowling was absent from the recent Return to Hogwarts retrospective, her role in writing this movie has been minimized in trailers, and upcoming projects like Hogwarts Legacy have put out statements insisting that she’s not directly involved.

We spoke to a wide assortment of trans voices and experts for their takes. Journalist and co-founder of the Trans Writers project Gemma Stone told us:

Lyra Foster, one of the first openly trans lawyers at a major U.S. law firm, said:

“I really sympathize with huge Potter fans, I do. Harry Potter wasn’t part of my childhood so I’m not so attached, but I honestly don’t know how I’d handle needing to completely give up Star Wars or Lord of the Rings. But I’m friends with parents in Texas who are living in constant fear of the state taking their children away for the crime of loving and affirming their kids. The talking points of transphobic politicians are word for word the same as Rowling’s. They often quote her. So, I’m really sorry about your childhood fandom, but there are children right now who are in danger of being ripped from loving homes, because of a wave of political hate of which J.K. Rowling is the most famous proponent on the planet.”

Alex Petrovnia, founder of the Trans Formations Project, an NGO dedicated to fighting anti-trans legislation in the United States, said:

“It’s not a question of ‘Can I justify supporting Harry Potter?’ It’s a question of, ‘Are trans lives more important to me than a fictional series?’ And tragically, I think there are many people for which the answer is no. Those are the people who will continue to associate with this franchise and financially support it. Trans people are facing massive prejudice right now, and we desperately need allyship. It’s disheartening at best how many people are unwilling to give up even a fictional series when trans lives hang in the balance. How can we possibly trust someone who can’t give up Harry Potter to be there for us when we need real sacrifice?”

A glance around online Wizarding World communities indicates that fans have already been abandoning the franchise. For example, prominent fan sites The Leaky Cauldron and Mugglenet announced in 2020 that they would no longer use photos of Rowling or directly link to her website, and released a joint statement saying:

“Although it is difficult to speak out against someone whose work we have so long admired, it would be wrong not to use our platforms to counteract the harm she has caused. Our stance is firm: Transgender women are women. Transgender men are men. Non-binary people are non-binary. Intersex people exist and should not be forced to live in the binary. We stand with Harry Potter fans in these communities, and while we don’t condone the mistreatment JKR has received, we must reject her beliefs.”

Late last year, QuidditchUK, the governing body for the sport based on the game played in Harry Potter, said that Rowling’s comments will force them to abandon the name:

“We cannot continue to call ourselves quidditch and be associated with JK Rowling while she continues to make damaging and hateful comments against the many transgender athletes, staff and volunteers who call this sporting community home.”

The Secrets of Dumbledore‘s box office projections have already taken this shift in mood against Rowling into consideration, with Box Office Pro predicting an underwhelming $40-50 million opening weekend and a total domestic haul of $100-140 million. They point to anticipated competition from Sonic the Hedgehog 2, The Bad Guys, and Doctor Strange in the Multiverse of Madness, but also say:

“Recent backlash from some fans toward public social commentary made by Potter author J.K. Rowling may or may not be a factor for some viewers deciding when or if to see this sequel.”

Advance reviews are also not great. It’s currently sitting at 59% on the Tomatometer and critics are making similar complaints to The Crimes of Grindelwald about a meandering plot, confused themes, and it feeling superfluous to the overall Harry Potter story. But let’s face it, even if The Secrets of Dumbledore was a hugely fun cinematic rollercoaster, many would still be on the fence about turning up on opening night.

Whether you go and see Fantastic Beasts: The Secrets of Dumbledore or not is ultimately up to you. However, if you hate what Rowling has come to represent and still turn up, don’t be surprised if you’re accused of hypocrisy.

Fans grappling with this issue have suggested skirting the issue by purchasing a ticket for another movie and sneaking into this, resorting to piracy, or simply waiting a few months for it to arrive on a streaming service and watching it as part of a subscription (though that last option is still indirectly supporting the movie).

Perhaps the most concise summary of the situation we heard came from trans campaigner Jessie Kirk, who told us:

“We need more than just supportive words from our allies right now. Rowling’s very public views on trans people have contributed significantly to a great wave of fear and hatred directed toward the trans community. We can’t afford to normalise this, and throwing us under the bus just to go see a movie is doing exactly that.”

Those we’ve reached out to for comment couldn’t have been clearer about the importance of solidarity with trans people on this matter. So, if you consider yourself an ally, whether or not you see this movie should be obvious.