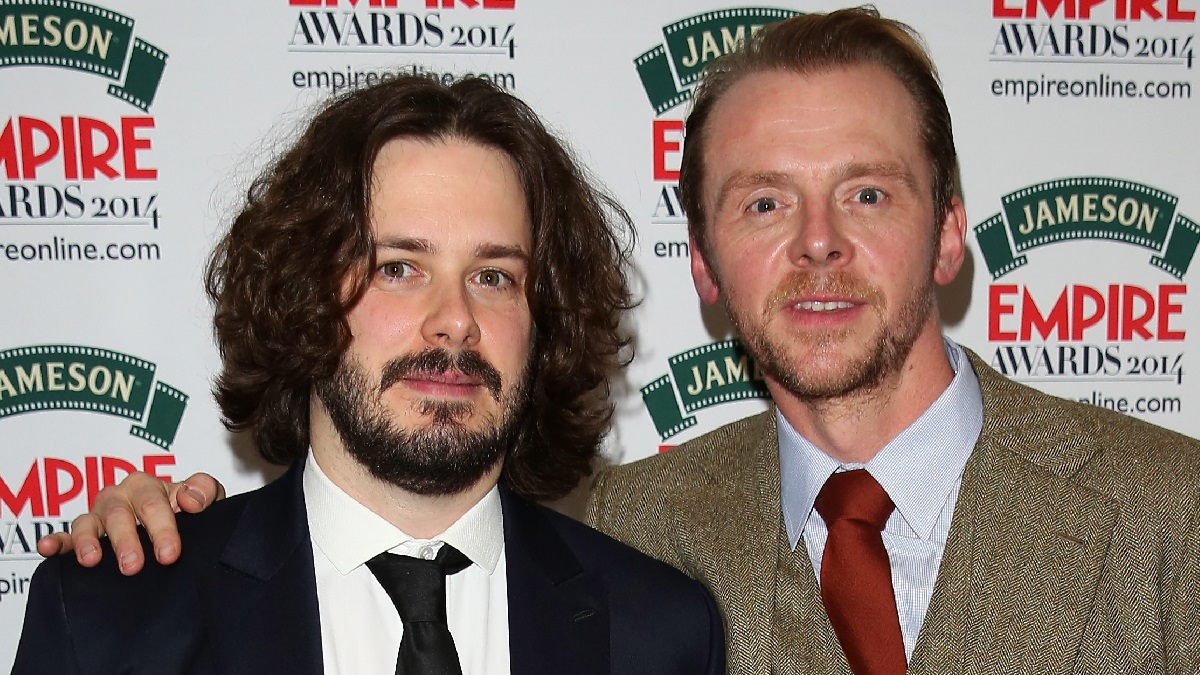 LONDON, ENGLAND - MARCH 30: Edgar Wright (L) and Simon Pegg, with the award for Best British Film for 'The World's End' during the Jameson Empire Awards 2014 at the Grosvenor House Hotel on March 30, 2014 in London, England. Regarded as a relaxed end to the awards show season, the Jameson Empire Awards celebrate the film industrys success stories of the year with winners being voted for entirely by members of the public. Visit empireonline.com/awards2014 for more information. (Photo by Tim P. Whitby/Getty Images for Jameson)

In the late 1990s, Simon Pegg and director Edgar Wright worked on groundbreaking British sitcom Spaced, which ultimately served as the springboard to the much-loved Three Flavors Cornetto trilogy – Shaun of the Dead, Hot Fuzz and The World’s End.

Those projects gave a boost to Pegg’s career, propelling him into the Mission: Impossible and Star Trek franchises, while Wright has impressed with Scott Pilgrim vs The World, Baby Driver. and Last Night in Soho.

Naturally, fans have constantly been asking when the pair will reunite for a new movie, with Pegg admitting in an interview with ComicBook that the duo are always talking about what their next collaboration could be.

“With Edgar and I, we have to just get our schedules in order so that we can write together again. We’re talking about stuff, there’s been ideas thrown around and we’re circling something. But obviously he’s really busy, I’m really busy. It’s not like the old days when we were just trying to get seen and we had all that time. Now things are a little more complicated. But there’s room in my heart for all that stuff and I obviously want to work Edgar and Nick again because they’re my mates and it means we get to hang out more.”

Guessing what their next project might be is foolish. Each of the Cornetto trilogy movies covers very different ground, though they’re connected by their incredibly sharp sense of humor, and Wright’s idiosyncratic directing style.

But we can say for certain that ice cream will be involved in some capacity, and the prospect of the Cornetto trilogy becoming a quadrilogy is tantalizing stuff. Here’s hoping some more information about the mysterious-yet-inevitable effort comes to light soon.

In the meantime, Wright is currently working on a remake of Stephen King story The Running Man, which will likely be very different from the 1987 Arnold Schwarzenegger classic, while Pegg will appear in the upcoming seventh and eighth Mission: Impossible blockbusters, the first of which is due in summer 2023.