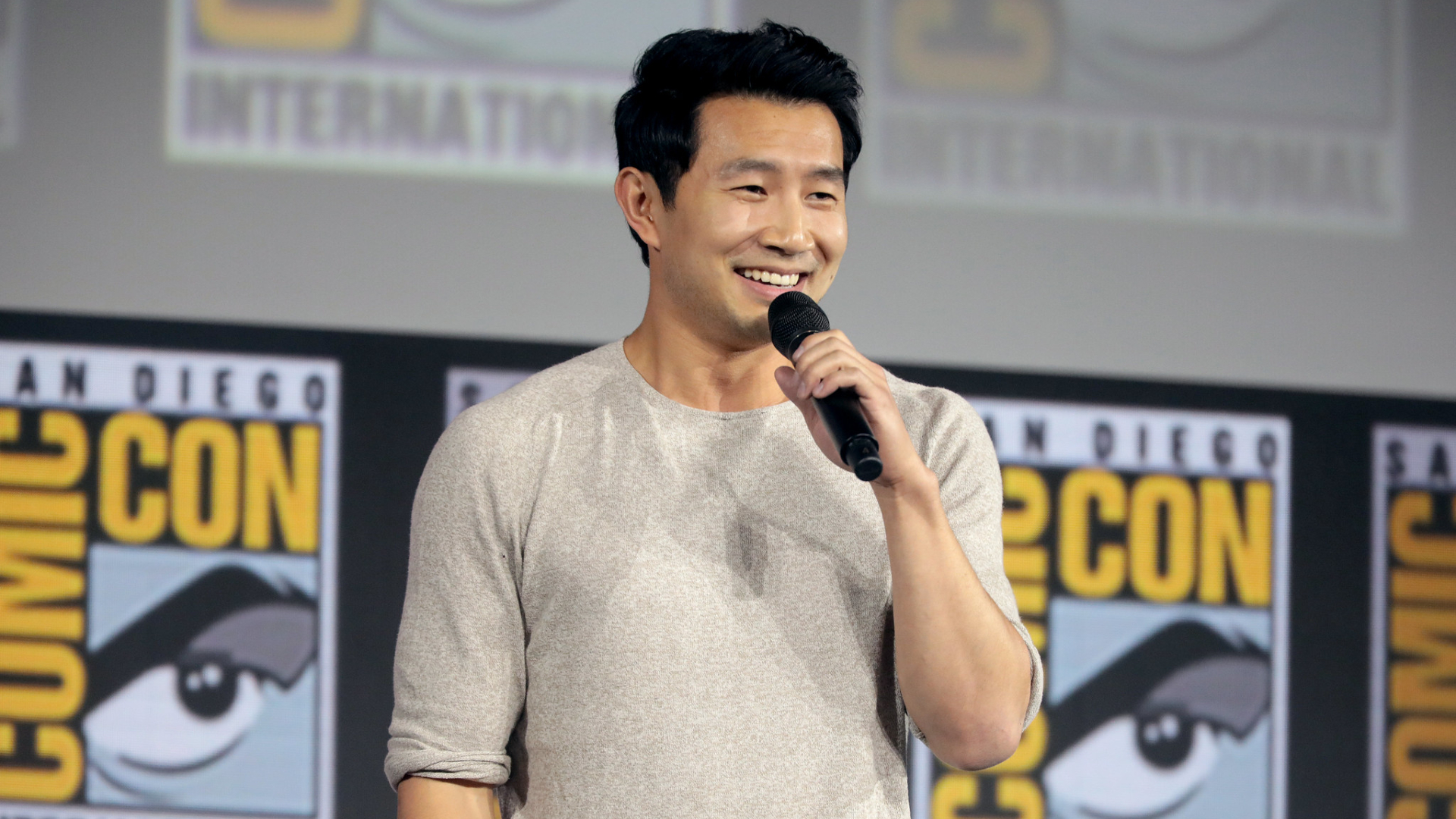 Simu Liu is quickly becoming a master of self-promotion, after the Shang-Chi and the Legend of the Ten Rings actor embraced his past and began leaning hard on a set of stock photos he did back in 2014.

The range of images, which show Liu doing all kinds of stock photo-y things — like handing people papers or smiling vaguely at the camera — have become his go-to for online interactions.

He used one of the snaps several months ago to clap back at haters who assumed Shang-Chi would fail, resulting in a genuinely hilarious tweet. As the internet at large became more aware of them, his stock photos began to circulate in earnest. People took to editing his Shang-Chi outfits onto the old images, poking fun at Liu while also celebrating his hugely successful film.

Liu is back at it, once again leaning on those old images — for which he was paid a measly $100 — to promote his projects and drag the haters. They came through for him once again, successfully aiding Liu in promoting the release of his upcoming book, We Were Dreamers.

The 32-year-old shared a tweet from user @thefalccn, who cleverly worked Liu’s upcoming release into some of the old stock images. The tweet came as a response to another tweet from Liu, who was announcing the impending release of his memoir, which he called his “whole heart and soul.”

“It has been a nearly three-year journey to write this story of our little family of dreamers, and I absolutely cannot wait to share it with you,” he wrote beneath the tweet.

In response to his announcement, user @thefalccn Photoshopped an image of the book into several of Liu’s old stock photos, birthing a hilarious — and surprisingly effective — new marketing strategy.

The Photoshop is kind of terrible — seemingly purposefully so. Liu’s hands are rarely in a reasonable position to be holding a book in the first place, which is a huge part of why the images work so well.

Liu quickly caught onto the spectacular tweet from @thefalccn, and re-shared it with his 881,600 Twitter followers. He captioned the tweet, which initially proclaimed how @thefalccn would react to receiving their copy of the book, with a note that he “knew these stock photos would come in handy some day.”

He polished the succinct tweet off with another note to buy We Were Dreamers, and within a few hours the tweet was collecting thousands of likes, retweets, and comments from amused fans.

Many people noted that Liu will never escape his old stock photos, an idea which Liu isn’t too upset by. He responded to one person’s comment with a note that “there is no shame in being one of the greatest stock photo models of our time.”

He’s not wrong. And that long-ago photoshoot is really paying off in the form of viral moments, as Liu continues to find excuses to share the old images.