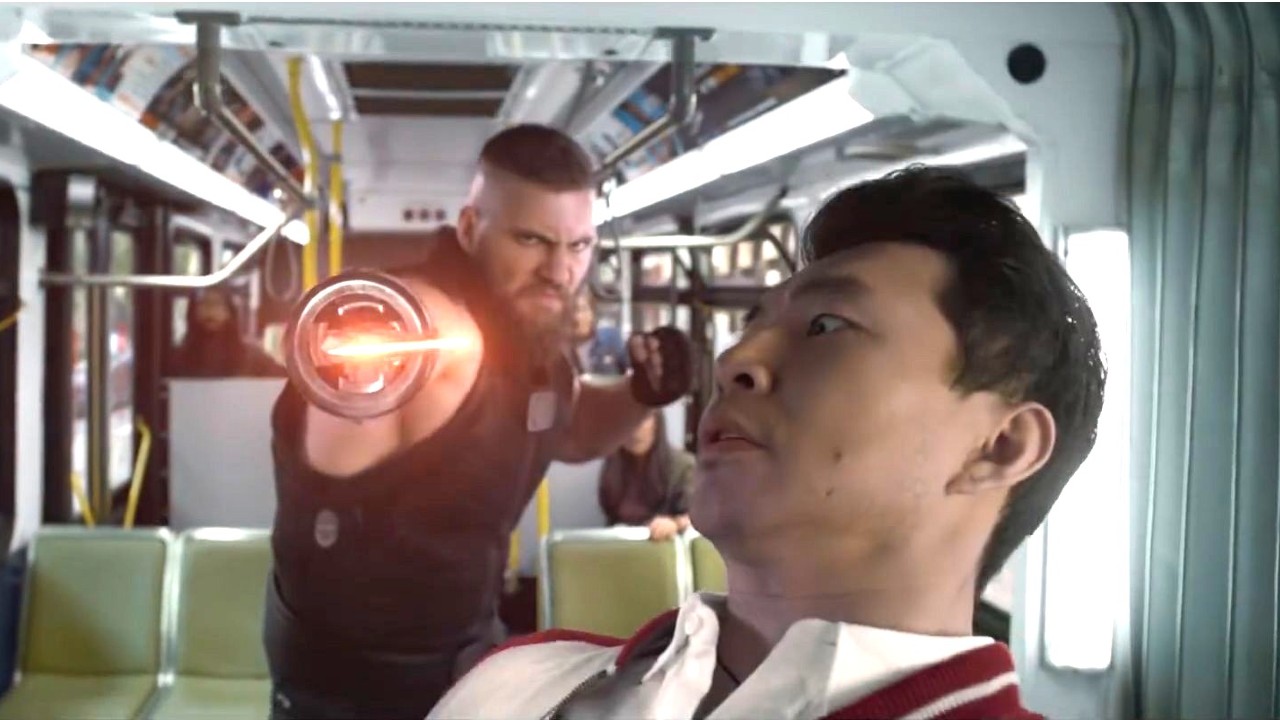 Shang-Chi and the Legend of the Ten Rings star Simu Liu is celebrating the film’s Academy Award nomination in the most hilariously self-deprecating way.

Very few superhero movies were nominated for Oscars at all this year, and the two Marvel movies that were — Shang-Chi and Spider-Man: No Way Home — received lone nominations each in the visual effects category.

The martial arts-centered Shang-Chi boasts a number of impressive sequences brought to life thanks to computer-generated imagery, such as an out-of-control San Francisco bus being sliced in half by a bad guy with a machete for an arm, hand-to-hand combat unfolding in-between parkour stunts on a scaffolding of a mirror-like building bathed in the kind of urban neon that would make John Wick say “whoa,” an ever-changing bamboo forest maze, and mystical creatures that include giant dragons and a furry, four-legged, buttocks with wings named Morris.

“People often think of visual effects in terms of the spectacle, the grand action sequences, the dragons and flying tentacle beasts,” Liu remarked on Twitter Tuesday.

“But what about the poor VFX intern who had to go frame by frame and paint out my nosehairs? This nomination is for you, too,” he said, adding a hearty congratulations.

Many comic book movie fans may have been disappointed at the lack of Spider-Man: No Way Home being nominated for Best Picture and a perceived snub of recognition for DC’s The Suicide Squad‘s impressive VFX.

However, there’s no doubt Shang-Chi deserves some sort of recognition since its CGI is also quite astounding, and its martial arts take — with a ton of heart — on the usual Marvel formula arguably makes it one of the very best hero origin stories in the franchise.