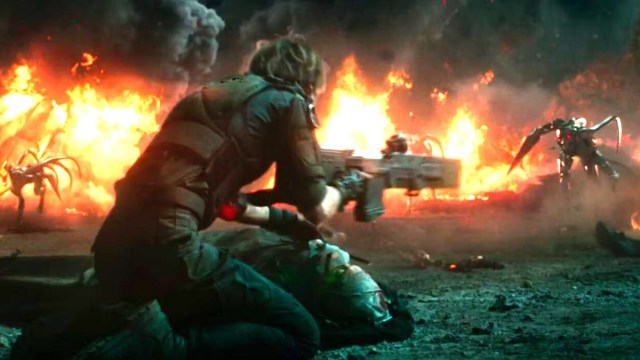 In 99 percent of cases, a franchise trying and failing to relaunch itself three times within the space of a decade would see the people in charge resign themselves to the fact that people simply don’t care about the brand anymore, but we’d be very surprised if Terminator wasn’t back on our screens sooner rather than later.

Even the combined might of Arnold Schwarzenegger, Linda Hamilton, and James Cameron couldn’t prevent Dark Fate from losing $120 million after it flopped at the box office, while even the stars and director of the sixth installment have admitted that maybe it wasn’t the wisest idea to dust off the sci-fi action saga so soon after Genisys had underwhelmed.

However, despite longtime fans of the series being repeatedly burned by a trio of blockbusters that were each hyped as the start of a potential trilogy that would reinvent and rehabilitate the entire Terminator universe, there remains a number of diligent supporters who aren’t exactly opposed to the concept of a fourth attempt.

We live in the age where IP rules above all else, and having taken a hefty loss at the multiplex, the next step for Terminator could well be episodic television. After all, there’s a lot of folks who remain adamant the best thing to emerge from the saga since Judgement Day is The Sarah Connor Chronicles, and a streaming exclusive would offset the need to draw in guaranteed box office dollars.

Not to state the obvious, though, but Terminator will be back.