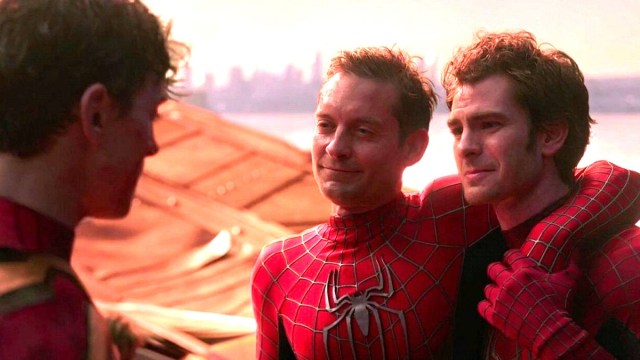 Warning: This article contains spoilers for the Spider-Man: No Way Home re-release.

In a move that’s giving us major déjà vu, Spider-Man: No Way Home is returning to theaters this Labor Day weekend with Sony releasing an extended cut of the 2021 blockbuster behemoth. Properly titled Spider-Man: No Way Home — The More Fun Stuff Version, the re-release will add 11 minutes of bonus footage. Plus, it’s now been revealed, it’ll insert a whole new post-credits scene at the movie’s close.

With the extended cut hitting cinemas any day now, a full breakdown of the fresh material fans can expect from the film has made its way online. As shared by user KostisPat257 on the Marvel Studios subreddit, in addition to explaining which scenes have been thrown into the mix and where, the breakdown details a second tag sequence that plays at the end of the credits in place of the Doctor Strange in the Multiverse of Madness trailer attached to the original release.

If you’re looking to check out the re-release unspoiled, look away now. If you can’t wait and want to know what the new credits scene is, scroll down past the gallery.

Here’s how it plays out:

“A new post-credits scene in place of the MoM trailer shows Betty doing her very last news segment right before graduation, showing pictures of the kids’ adventures throughout high school (Decathlon, Europe trip etc), but all of the pics are missing Peter Parker, indicating how the memory spell works.”

OK, that’s definitely going to cause some awkward tears that we’re going to have to hide as we emerge into the lobby. The scene at the end of NWH, where Peter encounters M.J, is heartbreaking enough, but seeing the Midtown High kids celebrating graduation, with all traces of Peter removed, sounds devastating. Not to mention it helpfully clarifies that Strange’s spell not only altered everyone’s memories, but also reality itself, purging all signs of Peter from existence.

Catch the Spider-Man: No Way Home re-release in theaters this weekend.