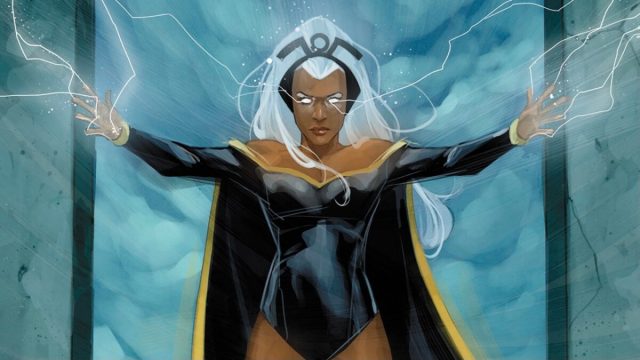 At some point, the world will see the X-Men get introduced into the MCU. The mutants have been hinted at, requested by Jennifer Walters, and, while nothing is certain, one creative team has tossed their hats into the ring of consideration for a Storm project.

Specifically, Nanny star Anna Diop wants to be the character in a piece directed by her horror film headliner Nikyatu Jusu. Diop makes the comments in a new article published by /Film and if such a project were to happen, it would definitely be different. Diop even references a term coined for a new genre of horror in recent years which is seen to rise above other kinds of content.

“Me and Nikyatu keep threatening to make Storm together, which is also a superhero. But with her doing it, it would be so elevated and so mind-blowing. So that’s something we chat about from time to time.”

Diop does not reveal anything else about what could come about.

Though hints have been dropped at the idea of mutants in the long-running cinematic world, nothing is official on when their most well-known team will come up. A number of rumors have floated around, but, for now, only Deadpool 3 has a release date in 2024. It is bringing back Hugh Jackman after the actor’s Wolverine finished off his run previously in Logan and Reynolds has admitted he would love to have Taylor Swift come in. Ms. Marvel has had plenty of of references to the characters and though this is promising, executives with Marvel have said the X-Men could still be years away and those behind the scenes say they are not sure the franchise is there for the group just yet.