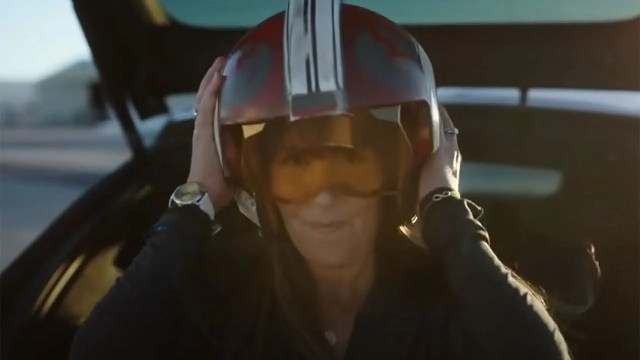 In a move that we’ve all been expecting for a while, Disney and Lucasfilm officially removed Patty Jenkins’ Star Wars spinoff Rogue Squadron from the release calendar, something that’s been coming for a long time.

Initially scheduled to release in December of next year, the intergalactic fighter pilot epic was deep in pre-production when things ground to a halt last year. As tends to be the case when these things happen in a galaxy far, far away, studio president Kathleen Kennedy was initially blamed for things slowing down on the development front, but the writing was on the wall as soon as the old classic “creative differences” were cited.

As things stand, then, we know absolutely nothing about the various Star Wars features that remain actively in the works, bar that one of them is being spearheaded by Taika Waititi. Ironically, the muted reception to Jenkins’ Wonder Woman 1984 dampened enthusiasm for Rogue Squadron, while Waititi’s Thor: Love and Thunder has seen the filmmaker experience a similar cooling off period.

Strangely enough, once the news began sweeping the internet, fans began to come out of the woodwork to reveal they they’re not exactly concerned or furious about Rogue Squadron being kicked to the curb.

Jenkins fronted a Rogue Squadron teaser touting how close she held the project to her heart given that her father was a fighter pilot, so it seems a touch callous for the film to simply crumble into nothingness. That being said, following the polarizing sequel trilogy and Solo bombing, the focus for Star Wars should be on quality over quantity.