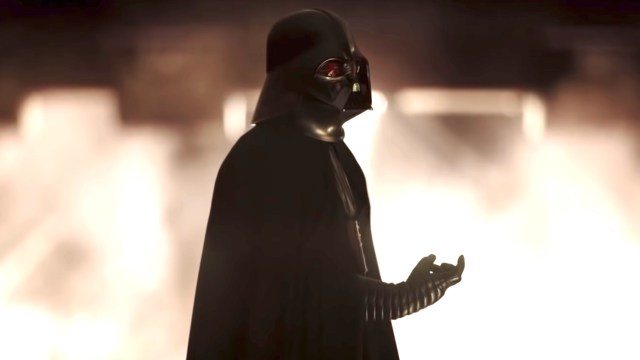 Ever since his reappearance in Obi-Wan Kenobi and performing such jaw-dropping feats as Force-pulling a ship in full thrust, Star Wars fans have once again been reminded of just how badass Darth Vader is. Now, the fandom is asking a very important question: How would the legendary Sith Lord fare if faced with other iconic villains from the Skywalker Saga?

Folks over at the official Star Wars subreddit have been giving this a lot of thought. One significant issue is the fact that Vader showcases different levels of power at different points throughout the two trilogies. And since the question is explicitly asked about Vader, we’re excluding Anakin Skywalker from the equation.

After all, Anakin in his prime would’ve been able to take on numerous legendary Sith icons like Darth Plagueis, Darth Revan, and even Sidious at the same time. Vader, on the other hand, always has to focus some part of his strength on the machination that keeps his malformed body alive. Taking that into account, though, is there anyone powerful enough to bring Vader to heel?

As mentioned above, Vader shows off different levels of strength throughout the saga. So, are we talking about the Vader we see in the original trilogy? Or the menacing villain from Rogue One? The iteration we saw in Obi-Wan Kenobi might even be stronger than both.

Even with all of these limitations, Vader would probably come out on top.

Some veterans are really considering all the possibilities.

Most seem to be of the opinion that Palpatine would absolutely decimate Vader in his encased body. Perhaps that was his plan all along, to make Vader his puppet in more than just spirit.

This debate can become very subjective very quickly, though we now know one thing for certain; Vader definitely can’t keep up with a focused Obi-Wan, whether his old master underestimates his power or not.

You can watch their epic “rematch of the century” in Obi-Wan Kenobi on Disney Plus now.