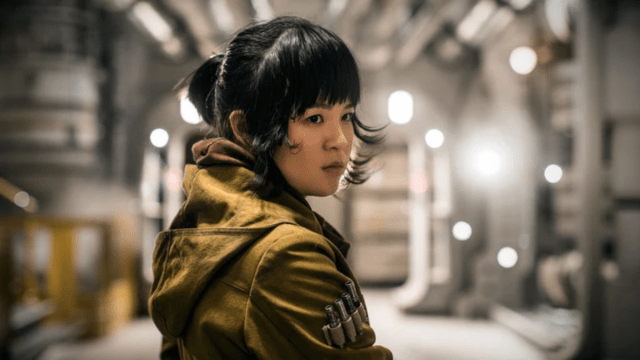 The most divisive topic on the internet is back again, as Star Wars fans discuss a character who has received immense hate since their introduction in The Last Jedi.

Almost as soon as The Last Jedi hit theaters back in 2017’s holiday season, an unfair scapegoat and new wave of internet nuttery was born. Before Episode 8, movies and blockbusters would come out, you’d like them or dislike them, and then not think much further about it again.

But the hatred shown to Rian Johnson’s Star Wars film was everywhere in 2017 and 2018. The bulk of the abuse went towards Kelly Marie Tran, who played Resistance mechanic Rose Tico. Today on Reddit, fans are rallying around the character and mourning her lack of inclusion in Rise of Skywalker.

It’s absolutely incendiary to post anything positive about the Star Wars sequels on a Star Wars subreddit (go figure). A lot of hate is still directed towards the actress and the character of Rose, but there’s also some safety for fans of the character in the thread. It’s hard to dismiss that there’s a racist element to the abuse Tran received online.

Others praised what her character represented, and how she serves as a foil to Finn who keeps making knee jerk decisions since he escaped the First Order.

Her preventing Finn from making a knee jerk decision of a suicide run at the climax (which wouldn’t have worked anyway, given that Palpatine was still orchestrating a massive fleet of starships) is still a hot button issue. In a movie that has an absolute arsenal of complaints directed its way, this one is a surefire topic to spark divisive debate.

The sequel trilogy still has its ardent supporters and enjoyers, and much like the prequels, the films will only grow on people as children grow up with the films. Don’t be shocked if we see a Rey Skywalker return with Finn at some stage, because there is interest.