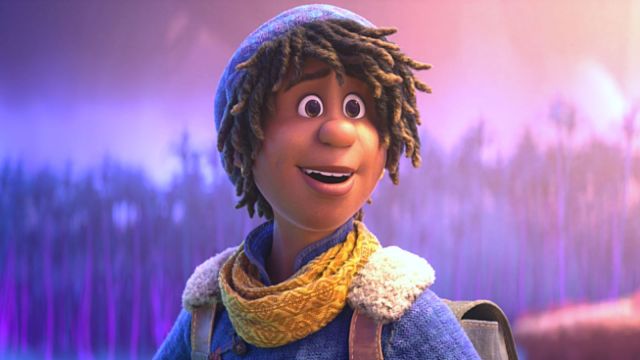 Ethan Clade has been marketed as Disney’s first biracial LGBTQ+ protagonist, but the creators and cast of Strange World aren’t interested in reducing the character to two labels.

Director Don Hall told Variety that he and co-director/writer Qui Nguyen never approached Ethan through his different labels, but rather as “just a flesh-and-blood, well-rounded character.” “It never got broken down like that. It was more organic,” he said.

Ethan’s sexual orientation will be a plot point in the film, but not in the way people might expect. In this “strange world” imagined by Hall and Nguyen, the character doesn’t really have to deal with stigmatization or discrimination and is simply a teenager with a crush on his friend.

“His gayness is one part of him. He’s also bold and wildly empathetic,” Hall explained, adding that, just as any teenager, he’s prone to impulsiveness.

Gabrielle Union, who voices Ethan’s mother in the film, doubled down on this sentiment by rejecting the need to “normalize” what is already normal. “You got to see a loving family that was incredibly supportive of their child’s identity, and their version of trying to steer him to safety,” Union said.

The actor who voices Ethan, Jaboukie Young-White, who is also openly gay, praised the way in which Hall and Nguyen included the character’s sexuality in the film without being “heavy-handed or forced.” “[They] really have a commitment to just reflecting what our world looks like and what reality looks like,” he added.

As for the biracial aspect of Ethan’s identity, it was something personal to Nguyen, who has a biracial child. “My kid walks both those lines of us — fully Asian, fully Jewish — and that was something I understood inherently,” he told Variety.

Disney has had LGBT+ characters in its films in the past, but only during very short blink-and-you’ll-miss-it moments, which has left viewers feeling frustrated and cheated on by the company’s misleading marketing. Ethan might finally be the character to break this cycle.

Strange World also stars Jake Gyllenhaal as Ethan’s dad, Dennis Quaid as his grandfather, and Lucy Liu as the president of Avalonia. It tells the story of the Clade family, who must come together and embrace their differences in order to successfully complete their exploration into the strange world. It arrives in theaters Nov. 23.