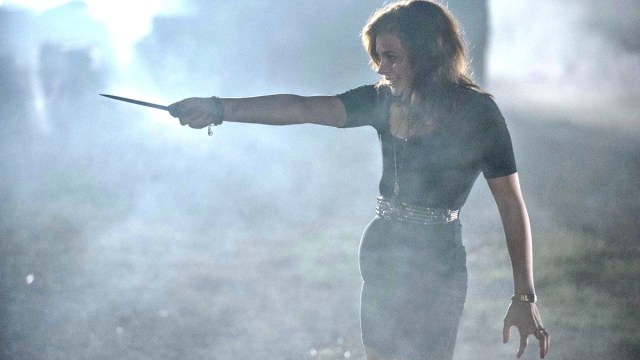 On the surface, there were plenty of reasons to be curiously excited for writer and director Gilles Paquet-Brenner’s 2015 mystery thriller Dark Places.

Adapted from the novel of the same name by Gillian Flynn, the big screen version of the story arrived in theaters less than a year after David Fincher’s Gone Girl had turned the author’s source material into a riveting, character-driven thriller that found major critical and commercial success.

Throw in an ensemble cast that featured an intoxicating blend of established star power and fast-rising talent via the inclusion of Charlize Theron, Christina Hendricks, Nicholas Hoult, Chloë Grace Moretz, Corey Stoll, and Tye Sheridan among others, and it seemed as though Dark Places was destined to hit big.

Instead, the derided potboiler failed miserably on virtually every level, barely crossing the $5 million barrier at the global box office, while simultaneously being panned into the ground by critics and audiences on Rotten Tomatoes. Needless to say, it did not go well, but Dark Places has nonetheless become one of the most-watched films on HBO Max this week.

As per FlixPatrol, the maligned misfire has hit the Top 10 in the United States, with subscribers ignoring the consensus to dive deep into the revelations that follow Theron’s Libby Day, who begins to suspect that her convicted brother is innocent of murdering their mother and two sisters. Short on both cash and answers, trauma and the truth are confronted head-on, but there’s always a chance you’ll lose interest long before then.