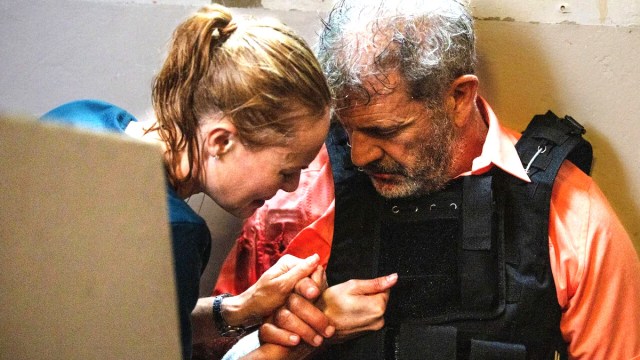 Mel Gibson’s career has been virtually nothing but a series of notable ups and downs throughout the 21st Century, with the actor and filmmaker starring in as many action thrillers as humanly possible, which has in turn thrown up some of the best and worst movies of his career. On one hand, you’ve got the likes of Blood Father and Boss Level, but on the other lies Panama and Force of Nature.

The latter two share the distinction of being the worst-reviewed entries in Gibson’s entire filmography, with each of them bearing a disastrous 8 percent score on Rotten Tomatoes. A 17 percent user rating is the pits, too, but that hasn’t prevented Force of Nature from securing top spot in a major market for streaming fare.

As per FlixPatrol, since being added to the Prime Video library in the United Kingdom and Ireland this past Friday, Michael Polish’s soggy genre film has nabbed the number one position in both markets. To be fair, Gibson only plays a supporting role in a handful of scenes as a grizzled ex-cop (with a distinctly unconvincing Noo Yawk accent to boot), but even he can’t save Force of Nature from disaster.

The by-the-numbers actioner finds a gang of thieves trying to recover $55 million they’d stashed in an apartment building, with said complex in the midst of being evacuated due to the devastating hurricane that’s sweeping across Puerto Rico. Ignoring the abundance of rain and wind, you could find a dozen titles exactly like Force of Nature in no time at all, and there’s a high chance most of them would be better.