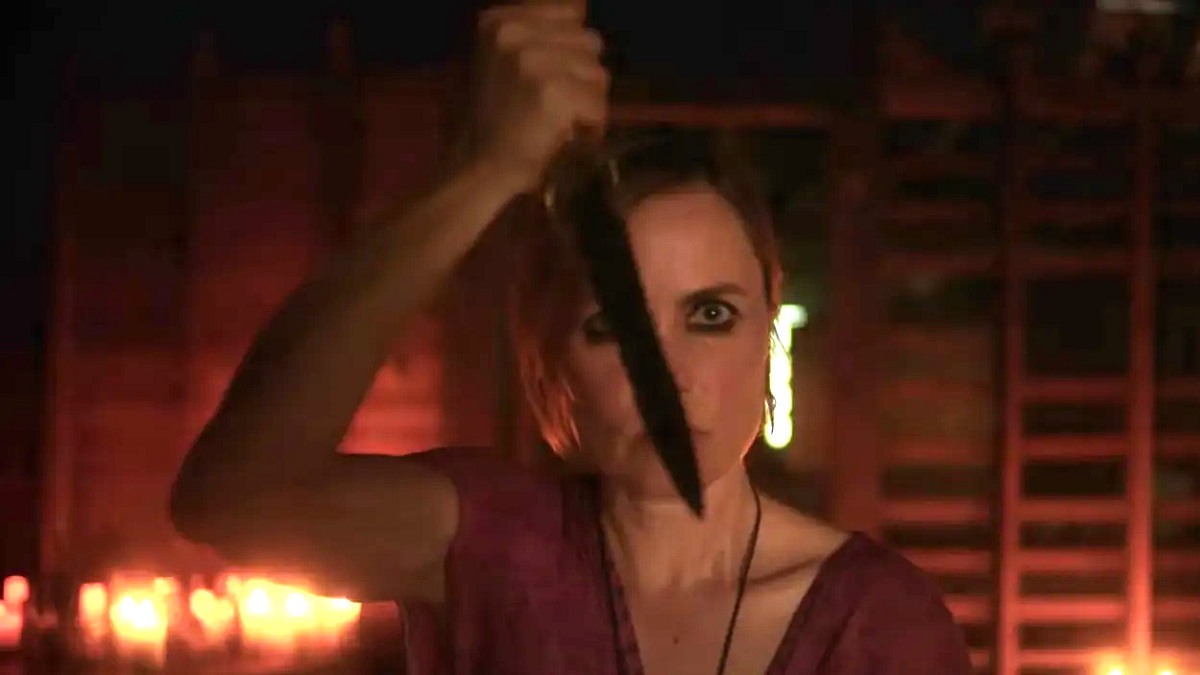 You don’t have to travel very far on any streaming service or on-demand platform to find a supernaturally-tinged horror movie, but you do have to dig a little deeper to uncover a good one. Unfortunately, Devil’s Workshop isn’t one of them.

That’s not to say the film isn’t without potential, because it boasts an attention-grabbing premise that comfortably stands out among the dreck typically associated with the never-ending VOD bargain bin, but the overriding consensus among both critics and audiences is that things irredeemably fall apart during the final act.

The story finds a struggling actor desperately hoping to be hired as a demonologist, so he contacts one of the area’s foremost experts in all things satanic to help him get ready for what could be the gig of a lifetime. Obviously, what with this being a horror and all, things get a little too real in among facing up to past traumas, partaking in rituals, and even a light spot of goat sacrifice.

Is Radha Mitchell’s Eliza there to help, hinder, corrupt, or destroy our intrepid protagonist? Or maybe it’s all of the above, because those devil worshipers have never exactly proven themselves to be a particularly trustworthy crowd. Either way, in spite of the relentless criticism being aimed at the finale, Devil’s Workshop has proven to be a winner on streaming.

Much like Timothy Granaderos’ Clayton, streaming subscribers have found themselves seduced by the unique charms of the opinion-splitting terror boasting a bang-average 50 percent Rotten Tomatoes score, with writer and director Chris von Hoffmann’s latest praising the dark lord on its way to a plum spot on the Google Play Movies global most-watched list. per FlixPatrol.