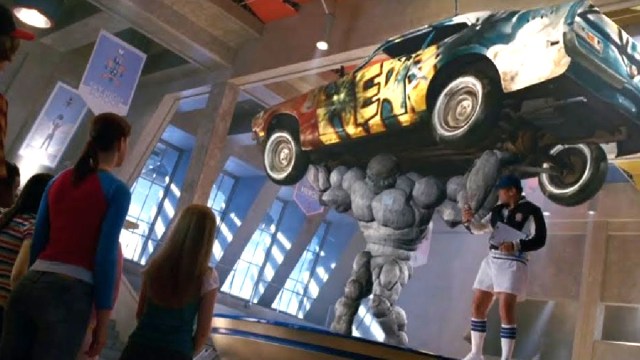 History has shown that some of the best and most popular superhero movies ever made aren’t based on existing comic books at all, and looking at the enduring appeal of beloved cult favorite Sky High, the 2005 comedy caper deserves to be mentioned in the same breath as spiritual contemporaries The Incredibles, Unbreakable, Push, and Chronicle.

A 73 percent Rotten Tomatoes score and an $86 million haul at the box office on a $35 million budget was a decent return, but not enough for Disney to capitalize on the undoubted franchise potential. The concept provided plenty of scope for plenty of additional installments, with the basic setup of an all-superhero learning facility even ripe for rebooting, but the Mouse House hasn’t been willing to play ball.

Based on the renewed outpouring of support that Sky High has been finding on Reddit, though, it’s clear that plenty of fans won’t give up the ghost on a potential follow-up coming together, whether it takes the form of a direct sequel or streaming series, the latter of which has already resurrected National Treasure after a 15-year absence from our screens.

Leads Michael Angarano, Mary Elizabeth Winstead, Steven Strait, and Danielle Panabaker are all in their mid-to-late 30s now, so it wouldn’t conceivably be too difficult to have some of them return as parents themselves, who send their own kids off to Sky High to follow in the family business.

Of course, we’d need Kurt Russell, Lynda Carter, and Bruce Campbell to return in their respective roles because they were all fantastic, but first we need Disney to make everyone’s dream a reality and dust off a property a lot of people would love to see slapped with a fresh coat of paint.