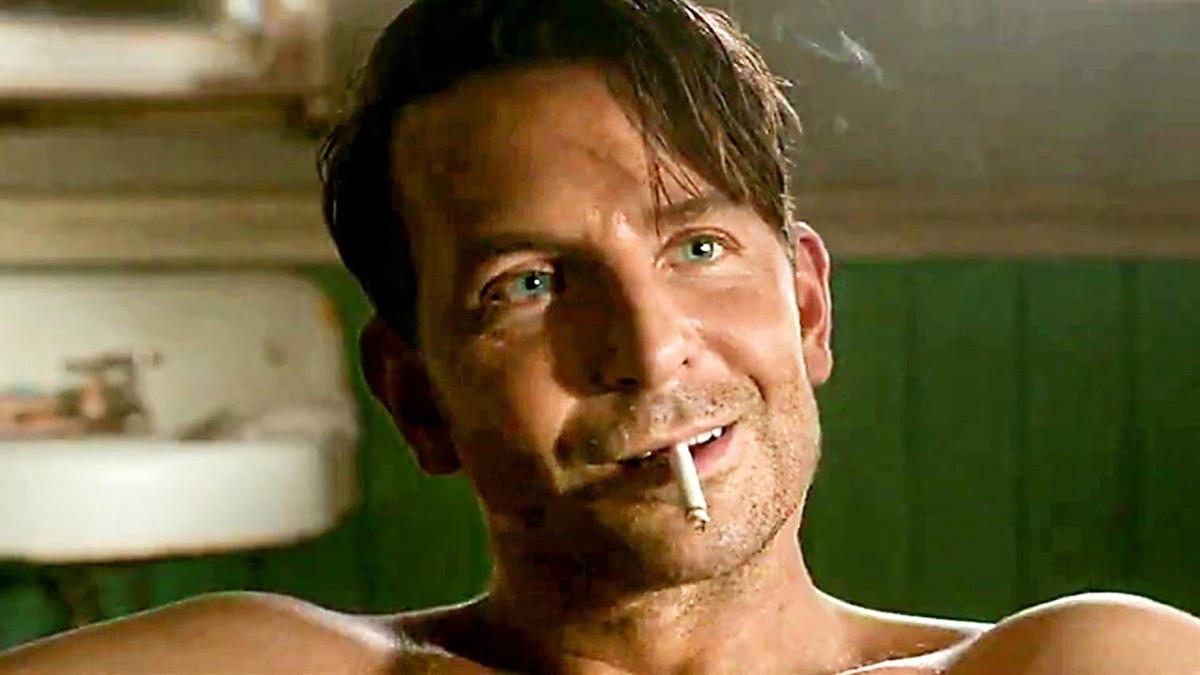 Bradley Cooper is one of the biggest actors in Hollywood, and his accomplished career proves why that’s well-earned. His work has shown his range with dramatic roles, comedic roles, and everything in between, including some artistically unexpected choices. Cooper’s one of those actors who truly loves the craft and it shows every time he’s on-screen (or you hear his voice).

Cooper was born in Philadelphia, Pennsylvania on Jan. 5, 1975. His mother Gloria worked for a local NBC station and his father Charles was a stockbroker. He went to high school at Germantown Academy in Fort Washington, and Cooper has said that none of his classmates would’ve thought he’d make it to Hollywood. He first attended Villanova University and then transferred to Georgetown University where he graduated from the Honors English program in 1997.

After that, he moved to New York City and enrolled in the Masters of Fine Arts Program at the Actors Studio Drama School at New School University and sharpened his stage work. It wouldn’t be long before he’d get his first big gig, a role on Sex in the City in 1998, which led to a string of other roles that helped put him on the map.

So, here are the 10 best Bradley Cooper movies and TV shows.

Cooper played Will Tippin in the ABC hit spy drama series Alias as the best friend of Jennifer Garner’s Sydney Bristow. Will didn’t know about Sydney’s double life as a CIA agent for SD-6 and while you understood why Sydney had to keep those she loved out of the loop, you still felt bad for the guy. Sydney was stuck between a rock and a hard place, but Will at least offered Sydney some normalcy in her otherwise dangerously dramatic life.

Limitless was first a movie and then it spun off into a TV show where Cooper was the executive producer and made several appearances as his character. Cooper played Eddie Mora, a writer at his wit’s end, facing unemployment and relationship problems. Out of desperation, he takes an experimental drug that enhanced his mental acuity and the effects are groundbreaking. He succeeds in the financial world and he’s chosen by Robert De Niro’s Carl Van Loon the finance tycoon to make him more money, but the side effects and the limited supply threaten to upend Eddie’s plans. This allegorical story was a suitable commentary about placing too much value on work and how that can literally destroy someone

8. Guardians of the Galaxy

Guardians of the Galaxy is an intergalactic rollercoaster of excitement and part of that is thanks to Bradley Cooper who voices Rocket Raccoon, one of the movie’s fan-favorite characters. In spite of his appearance, Rocket has a pretty tragic backstory. He was genetically enhanced by an evil scientist named the High Evolutionary, and partnered with the tree-like being Groot, committing crimes and collecting bounties. But when Rocket and Groot team up with Star-Lord, they leave that life of crime (mostly) behind. Cooper does a spectacular job bringing this lovably mouthy character to life. You can’t help but want to see the little guy win in the end.

Licorice Pizza is about love and coming of age in San Fernando Valley, California, in 1970. Although Cooper only has a cameo in the film, it’s a memorable one. He plays notorious Hollywood producer Jon Peters and completely goes off the rails, screaming and throwing things and just being an absolute terror. The performance was so good that it led to many people googling who Jon Peters is, and any performance that can inspire that kind of reaction deserves attention.

Wet Hot American Summer is simply put a comedy cult classic. It’s set in the summer of 1981 and takes place on the last day at Camp Firewood. A group of counselors each has their own objectives they wish to accomplish before the end of the day, and it leads to some hilarious situations and relationship drama. Cooper played Ben, the camp counselor in charge of choreographing the talent show alongside Amy Poehler’s Suzie. The two are great together and watching them take it so seriously is one of the best parts of the movie.

Many people were first introduced to Bradley Cooper in The Hangover, one of the biggest comedy franchises of all time. It’s a simple concept: A group of guys drive to Las Vegas for a stag party, but when the three groomsmen wake up in the morning, they can’t remember anything and they don’t know where the groom is. What follows is a series of misadventures, action, violence, and so much more as these men fumble trying to solve this mystery. Cooper plays Phil, the groom’s best friend and the leader of the “wolfpack,” and though Phil is a loudmouth jerk, you root for him to grow.

American Hustle had an all-star ensemble including Christian Bale, Amy Adams, Jennifer Lawrence, Jeremy Renner, and of course, Bradley Cooper. There’s crime, love, and passion, as criminals try to maintain their business against authorities working to take them down. Cooper plays an FBI agent who forces the con artists to set up a sting operation on corrupt politicians, and the web is tangled with some very powerful players. Cooper is adept at this role as always, but in a film filled with bad guys, he stands out and remains an engaging character in a sea of big personalities.

Nightmare Alley is Guillermo Del Toro’s dark fusion of noir and horror and it worked marvelously. Cooper played Stanton Carlisle, a man who worked his way up in the circus and learned the tricks of the trade to convince people that he’s clairvoyant. As he rises higher and higher in society, his ambitions grow larger until he puts himself in danger. It’s a cautionary tale and a role in which the character needs to have a great descent for the lesson to be made clear. Cooper presents each stage of his journey with precision so it all seems seamless. The true horror is what’s inside his soul.

Bradley Cooper not only acted in 2018’s A Star is Born, but he also produced, directed, and did the screenplay. Cooper played musician Jackson Maine who falls in love with a singer named Ally, played by pop icon Lady Gaga, and the two help each other rediscover their passion for music. But as they climb and help each other out, the journey gets harder. Cooper knows how to play a distraught man with demons that won’t let him go, but it’s his subtle acting choices that really makes a role like this shine. Rewatching the film, it’s clear that the two lovers were doomed as soon as they met.

Silver Linings Playbook deals with serious issues involving, family dynamics, mental health, and toxic relationships. Cooper plays Pat Solitano, a man whose wife cheats on him and causes him to have a mental breakdown. His life falls apart, he has to seek therapy, and he moves back in with his family to get his life together. Pat is diagnosed with bipolar disorder and he’s prone to extreme mood swings, but Cooper performs the role with care. The awkward yet mutually-beneficial relationship with Jennifer Lawrence’s Tiffany really makes this story work. She’s got problems of her own as a widow with a scarlet letter attached to her, but the two of them work through their problems and find life after loss. There’s an uplifting message about persevering and finding light even when all seems dark and that’s why this is Bradley Cooper’s best role.