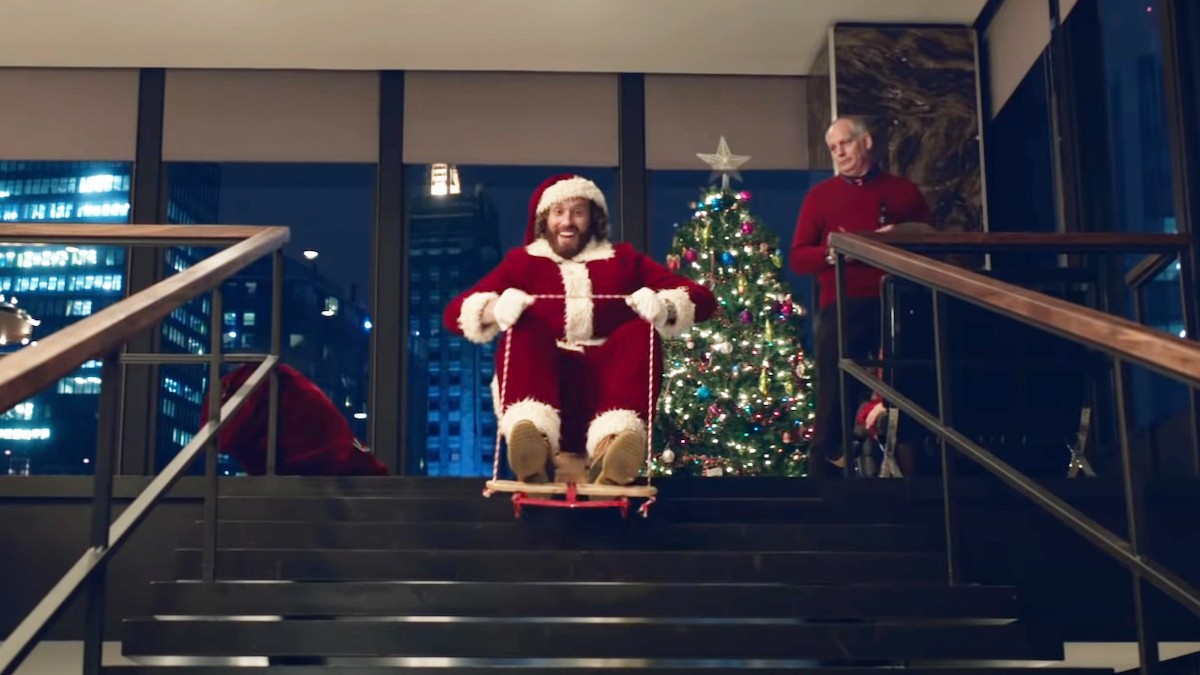 From building edible gingerbread houses to artfully decorating festive stockings, the celebration of Christmas is notably synonymous with children. In these festivities, Santa Claus makes the trip to every young child’s house during the late hours on Christmas Eve to deliver toys and other presents to behaved kids. As a result, production companies often pump out a variety of family-friendly holiday classics that are to be rewatched over and over again as family members of all ages join around the television set.

On the other hand, an array of holiday features are meant to be enjoyed by a completely different crowd — and that would be Christmas movies that are strictly created for adults. Despite the Yuletide glee being mainly attached to children’s joy and entertainment, there’s no reason why adults can’t have a selected lineup of holiday staples to laugh along with (and maybe have an adult beverage, too). So, let’s examine this list of favorable adult Christmas movies, in no particular order.

When you conceive a comedic trio consisting of Seth Rogen, Joseph Gordon-Levitt, and Anthony Mackie, it’s only a matter of time until a whirlwind of chaos appropriately ensues. Such is precisely the case in The Night Before, which unfolds a captivating tale about childhood friendships, growth in adulthood, and the significance of being around loved ones during the holidays — even if they completely get underneath your skin. The film explores three best friends who, after the death of one of the friend’s parents, decide to reunite every Christmas to partake in holiday shenanigans and the joyous freedom of being an adult. It’s a laugh-out-loud staple that deserves to be indulged this Christmas.

It’s common knowledge that wherever Vince Vaughn goes, an abundance of laughter is surely set to follow. The premise centers around Brad (Vaughn) and Kate (Reese Witherspoon), a couple who are often entangled in personal hardships with their families. As a result, the pair decide to skip Christmas and embark on a vacation to an island resort, although their plans are eventually spoiled and they are forced to spend the holiday with their dysfunctional families. And from vomiting babies to drunken arguing during board games, there’s plenty of adult content here to enjoy after putting the kids to bed for the night.

Truth be told, is there anything better than an ass-kicking Santa Claus? Well, thanks to a knockout performance by Stranger Things star David Harbour, there’s a brand new list of reasons to idolize the iconic figure. When a band of murderous thieves decide to activate a super-sized robbery, it’s up to Santa to come to the rescue of a little girl and her family. Of course, Santa’s idea of justice is knocking out teeth, creating bloody sequences with his trusty hammer, and serving up some coal for all those that deserve it. It’s the most recent addition to the list, but it’s a memorable feature that adults will definitely get a kick out of.

As disorderly as it can get, Office Christmas Party is one of the wildest movies on this list, and if you’d sit down with a glass of milk (or beer, we won’t judge) to watch this one, you’ll understand why. For those looking for a laugh-out-loud experience, then the Jason Bateman vehicle is certainly the perfect choice for you during this holiday season. When a power-hungry CEO threatens to close a local technology branch, the company decides to throw an unforgettable Christmas party that will secure business connections and improve the office’s atmosphere. In the end, all hell breaks loose — which includes plot points of cocaine, sibling rivalry, brave stunts, and a fresh-faced glimpse into the complexities of working life.

Pairing together a duo like Bryan Cranston and James Franco is a sure-fire way to create some endless laughs. As it turns out, such a maneuver certainly worked, prompting festive fanatics to adhere to this hilarious holiday feature. In the film, Cranston’s character Ned is facing the horrifying reality that his self-owned paper company is set to file bankruptcy. At the same time, Ned is preparing to meet his daughter’s loquacious, foul-mouthed boyfriend — who also happens to harbor a heart of gold. Nevertheless, the Christmas flick is chock-full of moments that adults will absolutely enjoy, including sequences of intense parkour, cursing, and even cameo appearances from Kiss!

Shifting back into the rockin’ 2000s, Ice Cube’s ever-popular comedy franchise boasted its own Christmas classic in Friday After Next, which presents a fresh-faced spin on the series. In the holiday feature, Craig (Cube) and Day-Day (Mike Epps) are hired to be security guards at a local shopping center in an attempt to make money after being robbed by a thief who posed as Santa Claus and stole their money. However, the premise creates a domino effect that causes chaos all throughout Craig’s family — which results in an unfathomable Christmas party. Although the film certainly didn’t turn the comedic wheel, it’s undoubtedly a guilty pleasure that deserves to be placed on all watchlists this year.

Piggybacking on the success of Bad Moms (2016), the creative team decided to embark on a follow-up adventure with A Bad Moms Christmas just a year later. With that being said, the gut-busting sequel added several new additions to the cast that are presented as the moms of the “bad” moms, which perfectly explains why our favorite trio are so hilariously screwed up. From licking penis-shaped gingerbread cookies to smoking marijuana in church, the anticipated follow-up film is a satisfying watch. To put it bluntly, this is absolutely not a movie for children, and must be enjoyed after the kids are already snoring away under the covers. Lastly, don’t forget the huge glass of wine that needs to be included during viewing.

Considering Adam Sandler’s traditional movies are hilarious enough on their own, it’s certainly no surprise that his Christmas-inspired feature would sit near the top of this list. In the rib-tickling flick, Adam Sandler portrays animated character Davey Stone — a recluse, alcoholic mischief-maker who detests most festivities during the holiday season. In order to prevent himself from going to prison, Davey is policed by Whitey — a sweet, elderly man who knew Davey from when he was a child. And while the film certainly includes tender moments of acceptance and family, its raunchiness definitely slots it in as one of the best adult Christmas movies.

Speaking of raunchy, Bad Santa is arguably the most crude and blunt out of all of these films on this list. Starring Billy Bob Thornton, the black-comedy Christmas classic centers around Willie — a drunken troublemaker who poses as a department store Santa Claus in an attempt to rob the mall during after hours. On the other hand, Willie’s uncontrollable alcoholism and rebellious nature eventually foils the overall plans, but an interaction between Willie and a young boy softens his heart. Nevertheless, the drunken binges and sex-crazed sequences certainly deliver an unforgettable adult Christmas movie experience. But please, make sure the kids are already in bed before you switch this one on.

What’s considered as one of the greatest Christmas movies of all time is also one that’s arguably one of the most vulgar. Despite the premise being extremely well documented by this point, Chevy Chase stars in the holiday classic as Clark Griswold — the patriarch of the Griswold family, who endures the chaos of his extended family visiting for the holidays and the stress of waiting for a bonus in his job. Along the way, the movie features lights shattering, trees burning, dysfunctional family sequences, and plenty of laughable moments. Be sure to set aside the milk and cookies during this viewing, and instead opt for a tall glass of lager or wine and a plate of chicken wings.