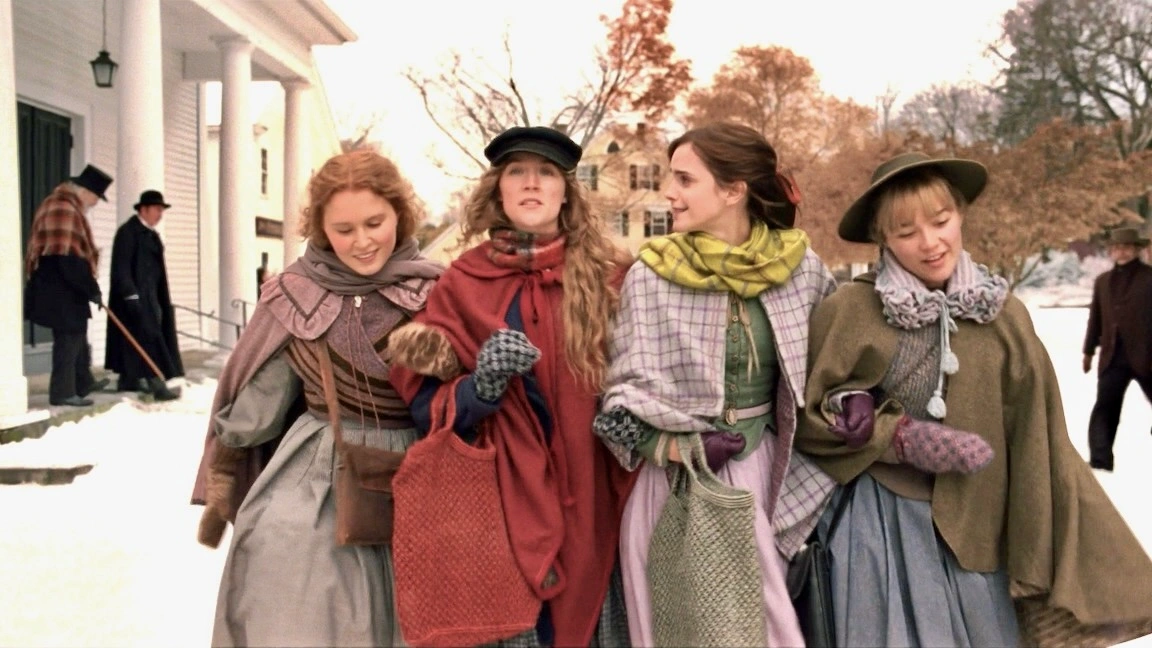 The great winter storm of 2022 is upon us and with any luck, you’re safe and cozy in front of the fire, space heater, or yule log video of your choice. Time to hunker down and veg out in front of the tube. But, assuming that the last three weeks of shopping and prep have you a bit Christmassed out — or if you don’t celebrate the season at all — you may not want to pull the trigger on all the holiday movie fare being suggested by your streaming services.

That’s not a problem. Here are 10 movies that will make your snow days a winter wonderland and not a snowpocalypse. And most of them hardly mention Christmas or Santa at all.

You may not want to see Santa, elves, or reindeer, but that doesn’t mean you don’t want a little winter comfort food. Groundhog Day may be a holiday celebration of a sort, but it’s not Christmas. The movie is pure cinematic comfort food and while there’s plenty of snow and even some ice sculptures, there’s not a Xmas tree in sight. Because it’s February. Forever. And it has a redemption arc that’s almost as famous as A Christmas Carol.

John Cusack and Kate Beckinsale are seemingly two ships passing in the night. Or are they? This light as a piece of divinity romantic comedy is sure to keep your heart warm and your mind off of any impending visit by the in-laws. As the pair meet each other over and over across a decade (mostly during the winter) they must decide if they are meant to be. If kissing in the snow is your cup of cocoa, this one’s for you.

Maybe snow just isn’t for you. Especially when it’s already piled up outside. This almost too charming for its own good neo-noir thriller will keep you laughing and gasping as you try to figure out whodunnit and there’s not a flake of snow to be seen. Of course, director Shane Black doesn’t let you forget that it’s Christmastime in LA — the man is obsessed with Xmas imagery — nobody is worried about the impending holiday in this one. Just murder. This stylish comedic thriller went under most people’s radars but it introduced us to a post-recovery Robert Downey Jr. and may just have made his role as Iron Man possible. It’s worth a look.

Perhaps you want to embrace the snow. Or at least put on something the kids can enjoy too. Most snow-adjacent animation defaults to being Christmas-themed but Happy Feet is a happy exception. And it has penguins. Dancing penguins! Specifically Mumble, a little emperor penguin who’s just gotta dance. This jukebox musical will get the whole family singing — but not Christmas carols.

Famed Odd Couple Jack Lemmon and Walter Matthau star as John Gustafson and Max Goldman, two former friends who have hated each other for decades. When Ann-Margret enters the picture the pair quickly become a love triangle. Grumpy Old Men is hilarious in a way only real-life pals Lemmon and Matthau could have made but there’s not a holly nor jolly to be had – and once the pair get out on the ice to fish in the Minnesota winter you’ll be glad you’re curled up in front of a warm television.

Look, Knives Out may be a murder mystery but you just have to admit that there’s something cozy about Chris Evans in a cable knit sweater. While its sequel may take place in the sunny Greek isles, the original franchise entry takes place in a Massachusetts winter. Thankfully most of this clever murder mystery takes place indoors next to cozy (if not cheerful) crackling fireplaces. And the knockout cast featuring Evans, Daniel Craig, Ana de Armas, Jamie Lee Curtis, Toni Collette, Don Johnson, Michael Shannon, LaKeith Stanfield, and Christopher Plummer will have you wondering whodunnit until the end.

If you slept on Greta Gerwig’s 2019 version of the Louisa May Alcott classic this may be a great time to remedy that. While Little Women takes place over several years in the lives of the March sisters — played here by Saoirse Ronan, Emma Watson, Florence Pugh, and Eliza Scanlen — it has plenty of memorable scenes that take place in the 1860s home of the March family during the Massachusetts winter. And did we mention Meryl Streep plays Aunt March? There’s a reason there are a whopping seven adaptations of Alcott’s book and this version may be the best of them.

Another one for any snowbound romantics out there. When Cameron Diaz and Kate Winslet both get done dirty by their respective partners, the pair swap houses during the winter holiday to do some serious soul-searching and because this is a rom-com they both, of course, meet a new love interest (Jude Law and Jack Black). You get a liberal dose of both LA in the winter and the snow-covered English countryside here — and a teensy bit of Christmas but it’s not overwhelming. This one kicks out all the rom-com stops and while it may be predictable who will end up with whom, you still may need a box of tissues at the end.

If you want to kick off your snow day in style, look no further than this stylish Wes Anderson gem. Easily the most wintry of all of Anderson’s movies, The Grand Budapest Hotel takes place in a fictional post-war European country during the winter and yet somehow remains as visually lush as the rest of Anderson’s efforts with maybe a little crispness lent by the abundant snow – all centered around a hotel that resembles a pink wedding cake. If you’re planning on staying inside in a dressing gown and silk pajamas then The Grand Budapest Hotel is the location you should winter in.

Teen rom-coms may be a dime a dozen but finding one that doesn’t focus on the prom can be a bit of a struggle. This 2019 offering by Netflix takes place over the Christmas break but never really focuses on the holiday. It’s too busy trying to figure out the love lives of the teen star cast which features MCU Spider-Man star Jacob Batalon, Spider-Verse star Shameik Moore, Sabrina‘s Kiernan Shipka, and a host of other up-and-comers. If you have any pent-up teens in your house this year this may just have the talent and storyline to keep them interested. At least until the cookies come out of the oven.