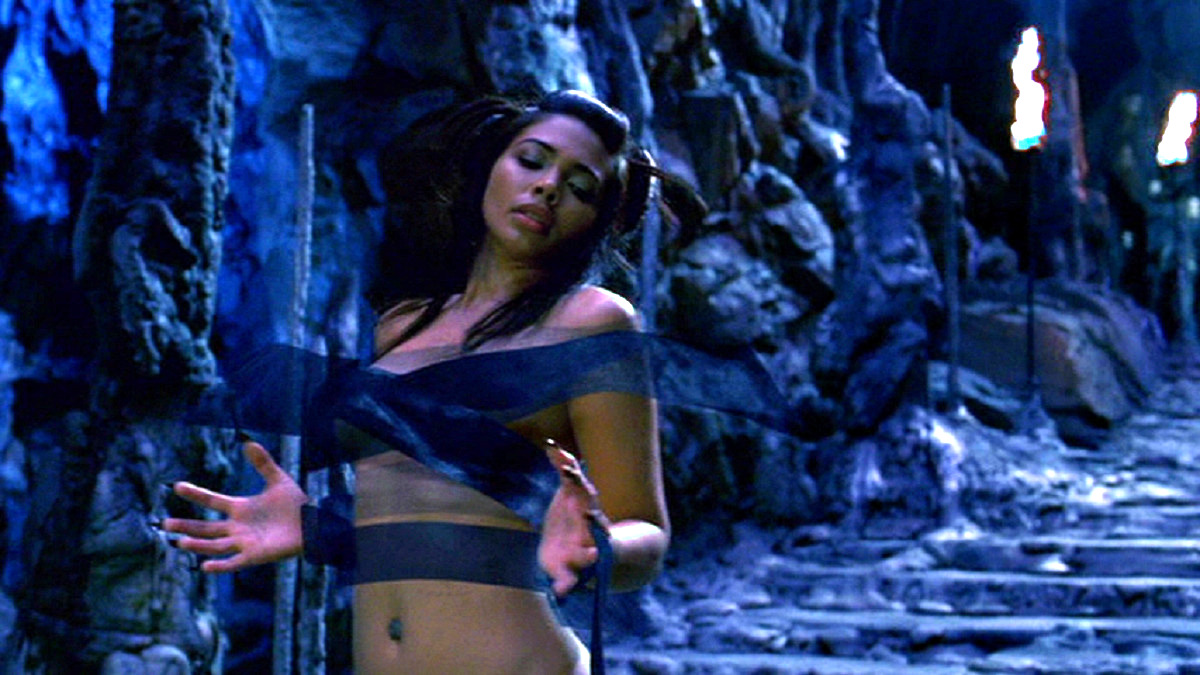 The bad blood between Dave Bautista and Dwayne Johnson intensified after the Guardians of the Galaxy star fired another shot in the direction of his former WWE rival, which was just the latest in a long line of digs dating back years. It’s obvious that they’re never going to star in the same movie, but the inexplicably lengthy Scorpion King saga does at least give them a shared franchise.

Of course, The Rock headlined the opening installment back in the summer of 2002, using his feature film debut in The Mummy Returns as the springboard to a standalone spinoff that did solid-if-unspectacular business at the box office. For whatever reason, Universal decided that the property was well worth running into the ground, with Bautista lending his hefty frame to third chapter Battle for Redemption.

All told, there are currently five Scorpion King flicks, and if you count Stephen Sommers’ Mummy duology and threequel Tomb of the Dragon Emperor as part of canon alongside the upcoming reboot being produced by Johnson’s Seven Bucks Productions, then we’re talking about a nine-film swords-and-sorcery saga that stretches across almost a quarter of a century, which is nuts.

It isn’t either of the entries to feature the former professional wrestlers that’s been doing a turn on Netflix, though, with first sequel Rise of a Warrior having sliced and diced its way onto the Netflix Top 10 in multiple countries split across two continents, per FlixPatrol. If you have to pick but a solitary Scorpion King adventure with which to bide your precious time, then we’d heartily recommend that you don’t settle on this one.