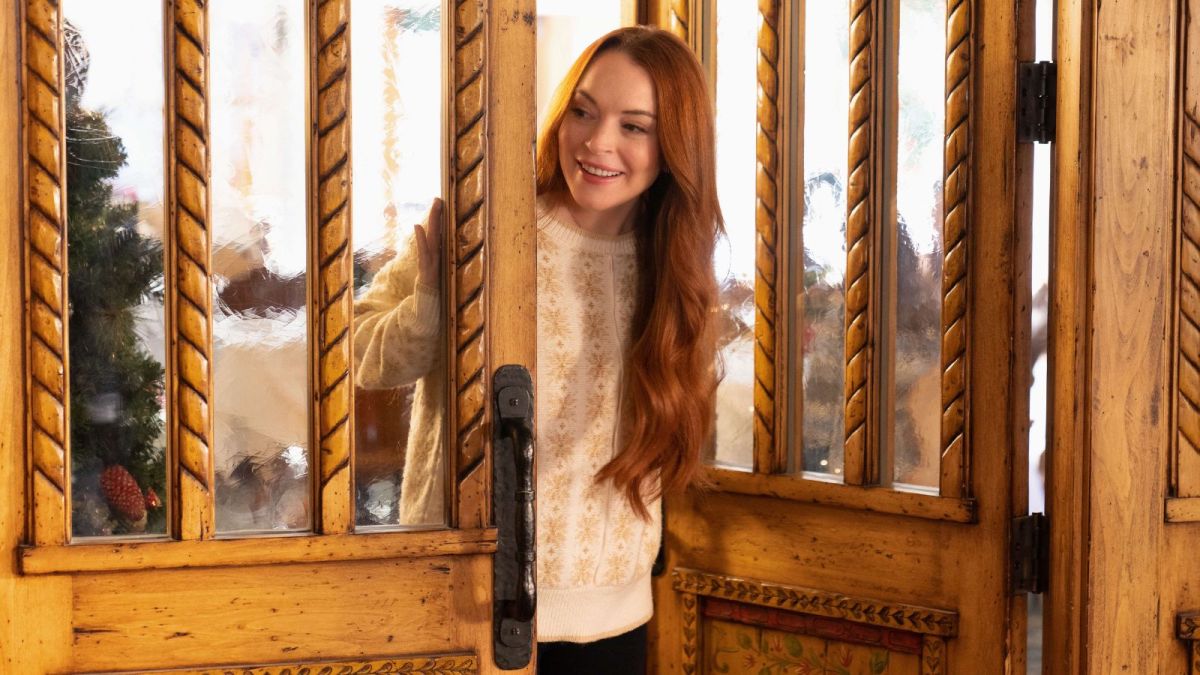 The holidays. That beautiful time of year when you spend an inordinate amount of time with your extended family and remember why you moved away in the first place. Just kidding of course! Either way, we’re glad we have a lot of Netflix Christmas movies to keep us distracted.

That’s right, there’s no better way to cruise through family time than by putting on a movie so everyone will stop talking for hours at a time (in theory). But there are so many movies out there, so how are you supposed to know what’s good and what’s not worth your time?

Admittedly, the bar for a streaming Christmas movie is much lower than say, a Summer blockbuster, but that doesn’t mean it has to be excruciating. Don’t worry, we’ve done all the heavy lifting for you. Here are the best and worst Christmas movies available on Netflix right now.

So put on a movie and before you know it chatty Aunt Susan will be snoring up a storm after she downs her sixth eggnog, and you can finally have some peace. Also, a “bad” Christmas movie is like cold pizza, sure it could be better but in the right moment it’s just what you need. Let’s get into it!

It clocks in at a hard-to-defend 33 percent on Rotten Tomatoes, and its audience score doesn’t fare much better in the audience score department with a score of 40 percent. Which is fairly strange because it’s not necessarily a terrible movie, it’s just definitely not a good one.

All of the Christmas tropes are here – the friend waiting in the wings to be noticed, the random meet up after an accident and the saccharine sweet familial relationships that don’t take into account reality.

Quick plot summary: Abby (Kat Graham, who is too good for the script) is a portrait photographer who dreams of artistic legitimacy. Her BFF Josh is obviously in the friend zone but wants to get out.

Abby gets a fancy advent calendar from her grandfather (the excellent Ron Cephas Jones) that turns out to be magical and predicts the future. She meets a guy but guess who she ends up with in the end. Snore.

Jingle Jangle: A Christmas Journey is a great example of how to do a Christmas movie right. Step 1: Get great actors. This one has an Academy Award-winner in Forest Whitaker, Emmy Award-winner Keegan Michael Key and Tony Award winners Anika Noni Rose and Phylicia Rashad.

It’s also not another predictable love story. This one has a fun plot about a toy inventor and his nemesis, and the power of love, but they have to put that in there. The setting is fun and steampunk-inspired, the special effects are crisp and Ricky Martin plays a tiny bullfighter.

Critics love this one too. Nell Minow from RogerEbert.com said the film is “bursting with energy and so much goodwill it is ends up almost as irresistible as it wants to be.”

Worst: Holiday in the Wild

A christmas movie set in Zambia that’s dripping in white savior vibes? Sure! This stinker stars the sometimes not bad Sex and The City alum Kristen Davis as the uptight city gal whose husband dumped her days before a second honeymoon.

She decides to go on the trip anyway and by pure happenstance and not extremely predictable writing she meets safari guide and pilot Rob Lowe. Guess what happens next. If you answered ‘they fall in love’ then you did about as much work as the filmmakers did on this one.

The plot involves a baby elephant and another white woman ‘finding herself’ on an expensive African safari that treats the locals as set pieces for the main characters happiness. Reviewer Patrick Nabarro perhaps put it best, calling it “beyond satire.” Who greenlit this?

“The film’s simplification of its African canvas as a colourful, ‘othered’ backdrop to provide moments of epiphany and character-fortifying benevolence for its array of dull as ditchwater white characters (Davis’ Kate even has to sell her jewels and her unimaginably luxurious Manhattan penthouse at one point – sob, sob).”

For the record, this one is right on the edge. Without Lindsay Lohan this would be another boring, predictable Christmas movie. Fortunately, Lohan doesn’t phone this one in and is actually believable as a rich hotel heiress.

Sure, the whole amnesia storyline kind of makes it feel like a discount Overboard on skis, but there’s just enough charm and sincerity to pull it off. Also, Lohan is a hilarious actress and some of the pratfalls and laughs really come through.

While it feels like the whole movie just exists to give Lohan stuff to do, she does it very well and with an easy charm that harkens back to the Mean Girls years. The movie doesn’t try to be anything it’s not, and while it’s weird that a dude keeps trying to kiss a woman with amnesia, it’s still fun.

“Some actors shoot for Oscars, and that’s great. Lohan’s magic power has always been bringing to life films that have the simple goal of being unchallenging delights. If for that and that alone, Falling for Christmas is a gift.”

It’s not necessarily easy to make a good Christmas movie, but it sure is easy to make a bad one. Holiday Rush stars Romany Malco as Rashon “Rush” Williams, a single dad with aspirations of being the number one radio DJ around.

He has money and his kids are spoiled and then he loses his job, forcing him to deal with some harsh realities. Pretty straightforward plot but it never really delivers on its premise. It’s mostly fine but doesn’t really have the depth necessary to make it enjoyable.

Honestly, it’s a shame because Malco is usually very funny (his role in The 40-Year-Old Virgin is inspired). Here’s a review (there are not that many, not a good sign) from Jeffrey Lyles that really gets to the bottom of everything:

“Holiday Rush is full of good intentions, but it’s a mess like that apple pie from that culinary-challenged uncle that’s burnt on the outside and frozen in the middle. It’s a Christmas movie that tries to check off every cliche and fails so spectacularly it’s destined for the naughty list.”

Best: Christmas With You

Man is it a hard line to walk between too much smaltz and not enough in a Christmas movie. There are only so many storylines and premises that involve snow and Santa and well you get it. However, Christmas With You somehow pulls it off.

The always amiable and charming Freddie Prinze Jr. plays a small town music teacher with a daughter who idolizes a pop star. In a pretty straightforward plot, the singer Angelina (played by Aimee Garcia) wants to connect with her fans more so she grants Miguel’s daughter’s wish to meet with her.

They end up back at Miguel’s house and the two write a song together, and would you believe it, they fall in love. Again, this one sounds like it should be terrible but it’s perfectly passable and enjoyable for a hokey holiday movie.

Just goes to show what good leads will do for a movie. Is this the best movie? Is the Pope Jewish? But it’s a perfectly fine one, and “Garcia and Prinze are so likable that it’s satisfying to see them spend an hour or so of screen time figuring out what the audience knows right away,” according to The Los Angeles Times.

This one honestly had some potential but just couldn’t get off the runway. The premise is pretty well-trod territory: a woman named Sloan (Emma Roberts) needs a date for the Holidays to get her family off her back and meets a guy named Jackson (Luke Bracey) with the same predicament.

Roberts does her best to play to type and she brings more to Sloane than the average Hallmark actress, but at the end of the day there’s no real depth or surprises here. She and Jackson predictably fall for each other but it takes a while to get there (it’s all about the incredibly boring journey, apparently).

If you can suspend your disbelief and somehow not roll your eyes out of your head during the many predictable scenes, you might not hate it. It’s tough though because the script is pretty terrible.

Oh, and Kristin Chenoweth is in this one as the crazy aunt, which depending on how you feel about her is either amazing or annoying. Perhaps this Buzzfeed review pull quote puts it best:

“Every scene is drudgery, every joke is homework, and every plot point is hell.”