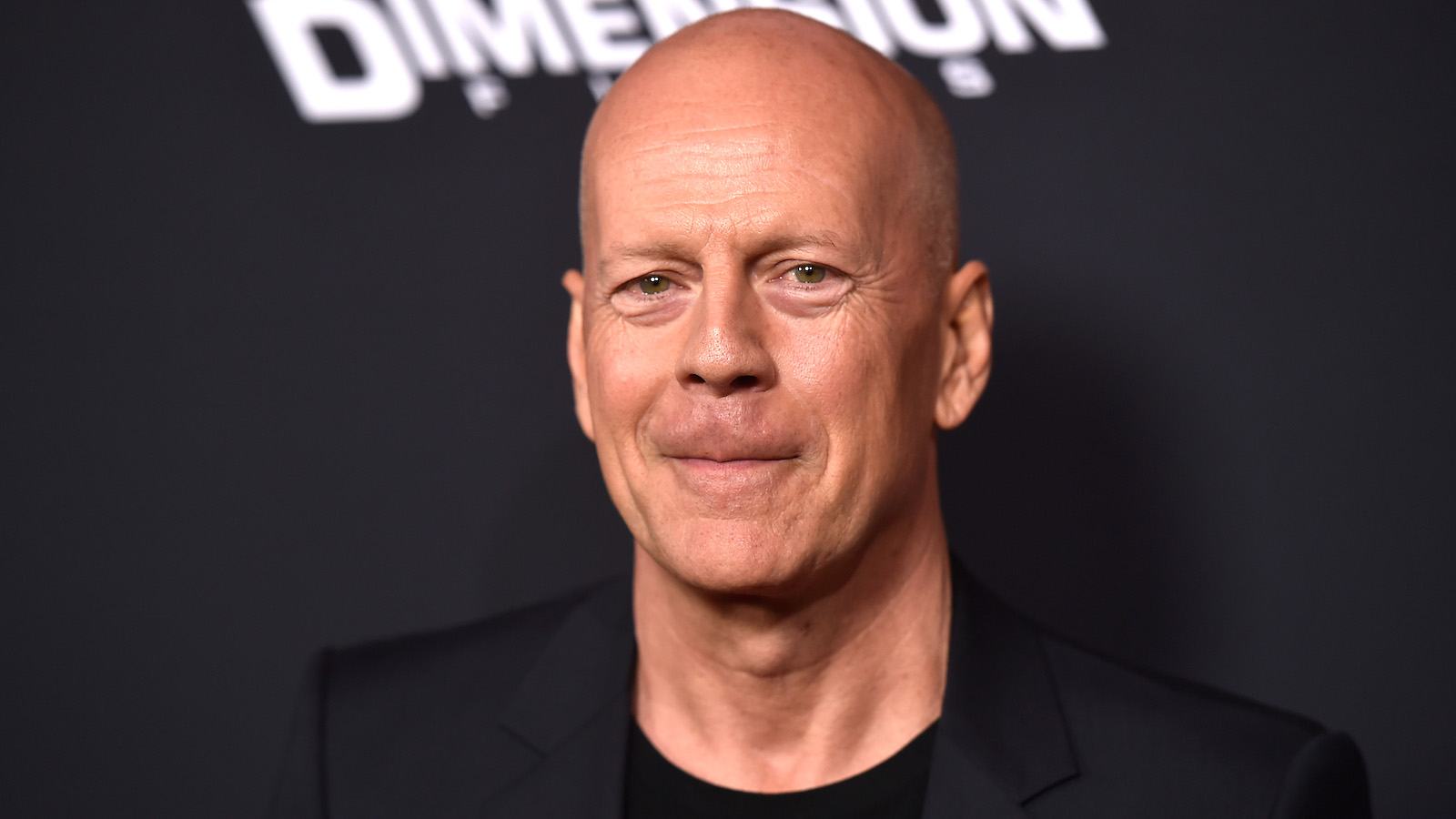 Bruce Willis‘ family has announced the actor’s retirement due to a diagnosis of aphasia, bringing a legendary and eclectic movie career to a close.

Willis has always stood apart from the crowd. He’s an action icon, a reputation that made him a big name ticket for Sylvester Stallone’s Expendables series. But Willis’ role as Church in that action franchise to end all action franchises, and his exit, was typically atypical. Arriving to ’80s action later than many of his so-called contemporaries, he nailed the genre with his first headline movie. He then embarked on a career that intertwined action and drama with science-fiction epics and arthouse sidesteps.

Willis came to fame in Moonlighting, starring alongside Cybill Shepherd as a private investigator. One of the all-time classic “will they or won’t they” TV shows, it pioneered the dramedy as we know it while showing off the wise-cracking potential Willis would bring to the big screen.

It’s fair to say that Willis’ later career has shown his main challenges as an actor. He has a staggering 14 direct-to-video movies slated or already released between the start of 2021 and the end of 2022. As underrated as his acting career has been, his script choices haven’t always served him well, but Willis has never been afraid to take risks. Big concept science films have taken him on fantastic journeys, and in between those and other curious choices, he’s returned to his most famous role ever to ensure that John McClane’s bad days have spanned over 25 years of cinematic storytelling.

Here’s our rundown of Bruce Willis’ 12 greatest movies of all time.

It seems fitting to start with a heavy-hitting box office bomb, and we all know that Willis’ career has had its fair share of contradictions. He teamed up with director Walter Hill for this Prohibition-era actioner, a remake of Akira Kurosawa’s Yojimbo. It’s a punchy and atmospheric tale as Willis’ wanderer John Smith takes on a gang of Irish mobsters in the border town of Jerricho. It could never match its classic inspiration, but Willis turns in an underrated performance and probably his finest Humphrey Bogart as he draws out the internal crisis of his unforgiving character.

Death Becomes Her may be extreme, but it brought out Willis’ gift for dark comedy that we’ve so rarely seen. The film finds Goldie Hawn and Meryl Streep taking a magic potion to win the heart of Bruce Willis. Pioneering digital effects, typical of director Robert Zemeckis, stole the headlines. But Willis, as Dr. Ernest Menville, knew how to play this satirical assignment. His over-the-top performance helped the film gain a cult following.

Willis may be most associated with dogged cops, but he also likes a good sci-fi adventure. Rian Johnson’s high-concept actioner drew publicity for its casting. Assassin Joe was played in two time periods by two different actors, and let’s just say it wasn’t Bruce Willis who went through three hours of makeup every day to look like Joseph Gordon-Levitt. It’s Joe versus Joe in this temporal head-scratcher, featuring one of the scariest visualizations of time travel paradox in cinema. Johnson knew the movie had to be grounded in character, and Willis brings the weight of his career to anchor the concept and an underrated performance to elevate it.

1990s blockbusters didn’t come much bigger than Armageddon. The aliens of Independence Day may have had bigger box office, but they didn’t feature Willis’ deep-core driller landing on the side of a Texas-sized asteroid to split it in two with a nuclear bomb. Writers Jonathan Hensleigh and J.J. Abrams went on to greater things, and there’s no escaping that this is a Michael Bay film through and through. But Armageddon, which earned Willis best and worst acting awards, would remain the “biggest” film of his career and probably his most significant “hero” moment.

Willis closed out the 20th century by kickstarting a new stage of his career. As it turns out, one of his best-known roles came completely by chance. It was part of a deal to cover the costs of Broadway Brawler, the unfinished movie he’d co-produced the year before. Joining The Sixth Sense as Malcolm Crowe, the Philadelphia child psychologist trying to help Haley Joel Osment’s Cole Sear, who “sees dead people,” he was part of one of Hollywood’s most famous plot twists of all time.

Bruce Willis in a Wes Anderson movie? The actor was keen to collaborate with the director, and Anderson soon realized that Willis was the iconic police captain he needed. Captain Sharp is one of Willis’ less typical law-enforcement roles, but he still got to be the hero. Moonrise Kingdom was Edward Norton and Tilda Swinton’s first time working with Anderson, subsequently becoming valued members of his ensemble. Sadly, we won’t see the wonder of Willis and Anderson again, but thanks to the great gods of film, we’ll always have Moonrise Kingdom.

Poster: Bruce Willis takes on outlaws in 'American Siege'
1 of 2

Adapted from Frank Miller’s graphic novel, this stylish noir anthology handed some unforgettable roles to its all-star cast. The most affecting is the tale of Detective John Hartigan, the aging cop who gives up his life twice to save Jessica Alba’s Nancy. Hartigan is a character ready-made for Willis from the moment his hard-boiled narration sets the tone for the movie. It can be read as the final act of the iconic cops Willis burned onto celluloid. He clearly resonates with the character and the style-heavy filmmaking and the film is one of his 2000s stand-outs.

The Sixth Sense may be more famous, but Unbreakable remains Willis’a greatest collaboration with M. Night Shyamalan. Unbreakable’s approach to superheroes came surprisingly early in the comic book boom. Tackling powerful issues, it presents a wholly different and unnerving approach to origin stories. Unbreakable is one of Willis’ most immersive films. At its center, his performance as former football star David Dunn with an uncanny ability to avoid injury, is one of his best. A bona fide good character in a genuinely super film.

12 Monkeys is top-tier Willis science fiction with a dystopian slant that elevates it above the space opera of The Fifth Element. Terry Gilliam’s high-concept tale of human survival through time travel demonstrates WIllis’ ability to anchor an off-the-wall concept in believability. Without Willis, the madcap plot of prisoners sent back in time to uncover the origin of a killer virus so scientists can find a cure in the future wouldn’t land so well.

In an ensemble movie of stand-out performances, Willis’ Butch shines. He may be the boxer that doesn’t throw a punch in the ring, but this character struggling to break free is classic Willis. Butch combined Willis’ strengths like few other roles. There are the blue-collar roots he often strove to represent with underrated minimalism. There’s also the protective male figure that became his trademark. His exchanges with Maria de Medeiros’ Fabienne feature top-tier Tarantino dialogue often lost among the “Royale with cheese” and “Ketchup.”

Few actors get to make big-screen debuts this explosive. Fresh from Moonlighting, few thought Willis could pull it off. Die Hard had a fascinating development history. At one point, the adaptation of Roderick Thorp’s novel Nothing Lasts Forever had Frank Sinatra lined up to star. But in John McClane, Willis found his definitive role. Die Hard remains a template for action films with expert foreshadowing, superb pacing, and visceral set-pieces. At its heart is Willis’s put-upon New York Cop, a fish out of water in an L.A. skyscraper during a deadly heist. We’ll let Willis keep his belief that it isn’t a Christmas movie: as he said during his Comedy Central Roast in 2018, “It’s a goddamn Bruce Willis movie!”