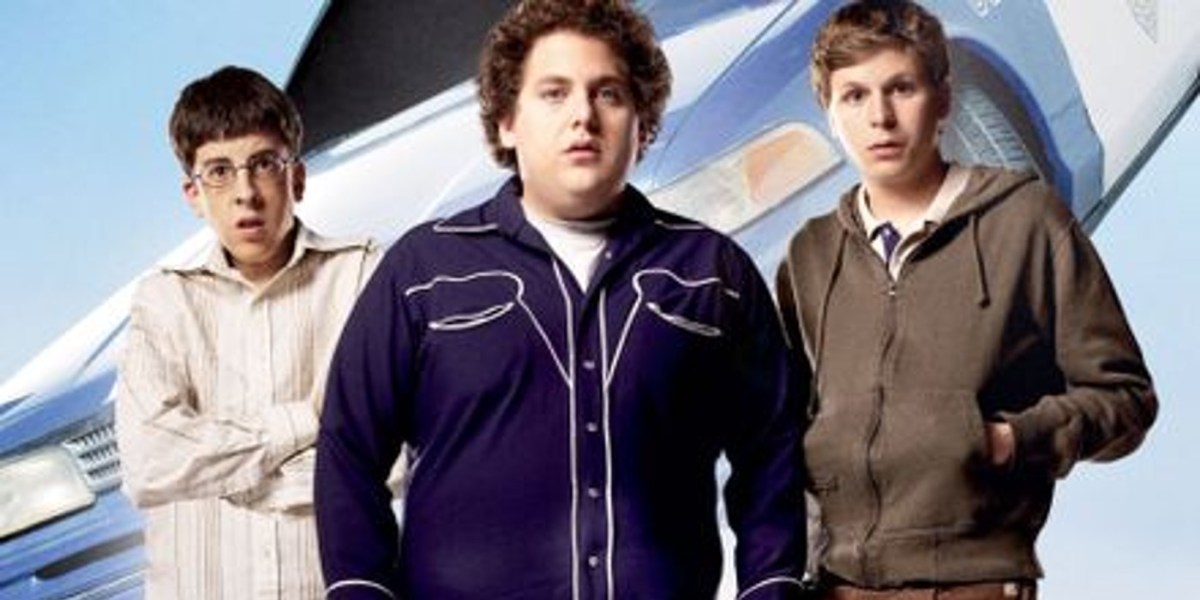 There have been many iconic R-rated movies throughout the years spanning every genre imaginable. Horror, sci-fi, comedy, superhero films ⏤ all have had standout stories that have left a resounding impact on the legacy of movies, but there’s something truly special about the R-rated comedy. Comedies that push the boundaries set by a PG-13 rating can go to raunchier and darker places, providing adult audiences with a more visceral experience with fewer restrictions.

The comedies listed below tend to have both critical success and box office success and stand out above the rest as some of the funniest movies you’ll ever come across. They also all happen to be rated R, and for good reason. Be prepared for some boundary-pushing moments in these 10 comedies, all of which were made especially for adults.

The first Deadpool broke new ground as an R-rated superhero film in a deluge of otherwise family-friendly options. There have been others in the past – Wesley Snipe’s Blade movies, for example – but when Deadpool 2 showed that the first one wasn’t a fluke, it had to make it onto the list. Ryan Reynolds stars as Deadpool, the antihero with heightened physical abilities and hilarious punchlines, and like its predecessor, the sequel won over audiences with lots of action and lots of blood. Some would even say that Deadpool 2 is even greater than the first. The title character meets an angry teenage mutant named Russell that he has to protect, battles a laser-eyed super soldier from the future Cable (Josh Brolin), and joins forces with Domino, Bedlam, and Shatterstar for a wild adventure. It’s non-stop fun with a story you actually care about.

Director Edgar Wright really doesn’t miss, and with Simon Pegg starring in this epic comedy, it reaches incredible heights of hilarity. Pegg as an immature 40-year-old in The World’s End who’s obsessed with pub crawling, but the film ultimately becomes a heartfelt story about dealing with childhood trauma. It also innovatively mixes comedy and sci-fi in a way that other movies have struggled with, making it a refreshing addition to both genres.

Michael Cera and Jonah Hill’s breakout performances were in the high school comedy Superbad, a day in the life of two unpopular kids whose friendship is hilarious to watch, as they’re practically codependent. Their misadventures in trying to score alcohol leads to one hilarious situation after another, and (as every teen movie has to have) the house party scenes are outrageous. Also: McLovin. Need we say more?

The Nice Guys didn’t get the credit it deserves, but it’s still a finely made film with a great story. It stars Ryan Gosling and Russel Crowe as a buddy cop duo set in the 1970s. Their back-and-forths are the best part of the film, as the men have two different ways of operating, and you’ll be genuinely pulled into the mystery they’re trying to solve. The Nice Guys is worth a watch.

Good Boys is somewhat of an anti-Superbad movie. The cast is younger (middle-schoolers as opposed to high-schoolers) and the film doesn’t rely too much on explicit language and partying, which makes it feel more inventive. It makes the list for being a subversive offering that doesn’t always go where you expect it to.

22 Jump Street, starring Jonah Hill and Channing Tatum, is laugh-out-loud funny. Remakes can be tiresome, but the awareness the movie has makes it one of the most enjoyable comedies to watch. The “old” jokes never get old and the action sequences aren’t bad at all. Overall, it’s a solid movie that isn’t afraid to do its own thing.

We’re The Millers seems like a typical family comedy on its surface, but underneath it’s anything but. Jennifer Aniston shines as a stripper who’s pretending to be an average housewife and is worth the price of admission alone. Her scenes with Jason Sudeikis, a masterclass comedian himself, are excellent, and the way the four central characters come together is fun to watch.

This is the End has one of the best comedy ensembles in history. Seth Rogen, Jonah Hill, Danny McBride, and Craig Robinson are all amazing and their camaraderie feels completely natural. What makes it so funny is that they’re parodying themselves and Hollywood, and setting the film during an apocalypse takes it into fascinating territory. It doesn’t get much better than this.

The Hangover turned what could have been a fun and forgettable romp into one of the most successful comedy franchises in Hollywood history. Directed by Todd Phillips, the first Hangover film really deserves the credit. It stars Bradly Cooper, Ed Helms, Zach Galifianakis, and Justin Bartha as friends who go on all kinds of wild misadventures. It begins with the four of them (the Wolf Pack) driving to Las Vegas for a stag party, but when they wake up the next morning, they can’t remember anything from the night before, nor can they find the friend (Bartha) who’s supposed to be getting married. The concept is simple enough, but the chemistry between the characters in the many unbelievable situations makes this movie golden.

Bridesmaids changed the comedy game and stands above the rest as not only an amazing comedy, but a truly good film. Helmed by Kristen Wiig and Annie Mumolo (who would go on to write and star in Barb and Star Go to Vista Del Mar together), the movie showcases the dynamic might of some of the funniest women in Hollywood. It manages to be just as crude as similar films starring the genre’s funniest guys, and sometimes goes even further. Melissa McCarthy, who received a literal Oscar nomination for her performance as Megan, stands out as well, and since you never know how she’s going to react to something, she’s consistently and refreshingly hilarious. Bridesmaids is the reigning champ, proving that more female-driven comedy is exactly what the genre needs.