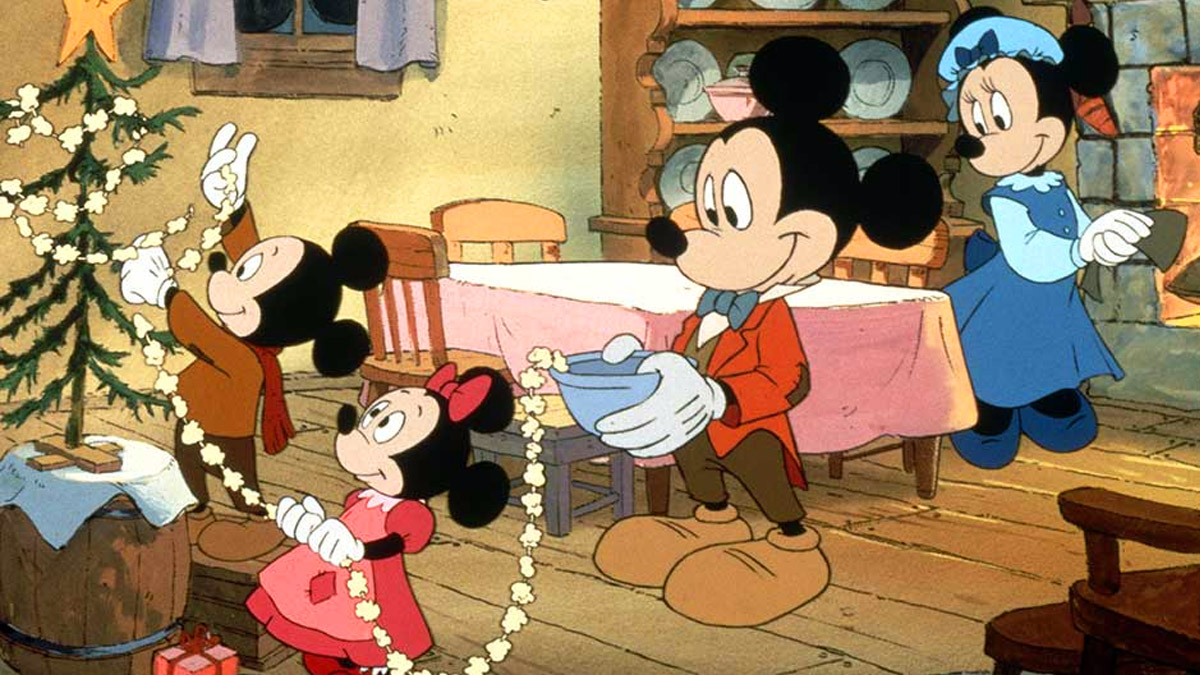 We all know what it’s like. You’re on the brink of a full-blown Christmas mood and just need a little push. Could it be a snack, a snowfall, a book, or a favorite festive song? When you’re waiting to pull on the antlers and wrap tinsel around you and your nearest and dearest, a short Christmas movie could be just the thing.

Save the Christmas features—this list of holiday shorts will get you feeling festive in half an hour or less. They may be short, but they’re not stocking fillers. From dark comedy to stunning animation, these mini classics could be just the dose of Christmas you need.

Here are 10 of the best short Christmas movies.

One of the quickest versions of Charles Dickens’s classic Christmas fable, this British-American animation was packed with an incredible cast. Alistair Sim is most notable in this early ’70s adaptation, returning to the role he played in live-action 20 years before, which many still consider the definitive adaptation. This color production transformed Ebenezer Scrooge’s life in a lean 25 minutes and picked up the Academy Award for Best Animated Short Film in 1972.

Peter Mullan takes the lead in director and Jesus & Mary Chain bassist Douglas Hart’s dark comedy. The premise is one many of us are familiar with—a long-distance phone call to a close family member on Christmas day. The result treads a fine line between comedy and comedy over just eight minutes. Ironically, it may be a bit too close to home for some. A deceptively simple, well-observed, immaculately acted, and unexpectedly layered short.

A silent slice of seasonal cheer and slapstick revenge from Laurel and Hardy. The big business of the title is Christmas tree selling. The comedy duo plays door-to-door Christmas tree salesmen who end up in an escalating feud when a grumpy potential customer destroys one of their spruces with hedge clippers.

Mark Hamill may prefer Stan and Ollie’s later trip to Toyland in March of the Wooden Soldiers as his must-watch Christmas film, but this is the duo’s feast of Christmas vandalism. It was inducted into the National Film Registry in the early 1990s.

There’s a wealth of ways to enjoy Dr. Seuss’s fable of the highly recognizable Grinch from page to live-action and CGI features. For many, the 60s musical animation remains the perennial classic.

Animation legend Chuck Jones directed the 25-minute special that starred horror legend Boris Karloff as both Grinch and narrator and the distinctive vocals of Thurl Ravenscroft behind some classic songs. Over half a century later, its 100 percent score on Rotten Tomatoes shows it hasn’t lost its power to enthrall new generations.

It may sound like the third act of Elf, but director Jonathan van Tulleken’s 16-minute short heads in an entirely different direction. It sees Santa and an elf, the Anthony of the title, crashland in Lapland on the busiest night of the year.

This two-hander reimagines Santa as a maverick, more concerned with chain-smoking and swearing than bringing joy to the world’s children. Another Bad Santa, but not one you’ve seen before, this is a twisted little dose of anti-Christmas.

Unsurprisingly, Scrooge McDuck is the focus of the Mouse’s take on A Christmas Carol. Of course, even 40 years on, much of the joy is seeing how famous Disney characters fit into Dickens’ festive ghost story. Mickey plays Bob Cratchit, while Jiminy Cricket, Willy the Giant, and Pete take on the role of the famous ghosts.

The Christmas fable brought Mickey back to theaters for the first time in 30 years and has remained popular. Another short with a 100 percent rating on Rotten Tomatoes, the 26-minute animation also picked up a nomination at the 1983 Oscars, despite being more about Donald’s gleefully miserly uncle than the mouse of the title.

The mid-1960s were a goldmine for festive animations and one of the best regarded features the ever-hapless Charlie Brown. Charles Shultz’s Peanuts was a worldwide phenomenon by this point, and this 25-minute special didn’t disappoint. Depressed by the holiday season, Charlie Brown soon regrets taking up Lucy’s suggestion that he direct a neighborhood Christmas play.

Casting children in the character roles, backed by a jazz soundtrack, was unexpected, but this is the special that set the mold for the future series and films following Charlie Brown and his famous dog.

This half-hour film adapts author Frank McCourt’s only children’s story based on a tale his mother Angela told him as a child. Of course, that’s the same Angela who inspired the name of McCourt’s famous memoir, Angela’s Ashes. Set in Limerick, Ireland, during the 1910s, the Emmy-nominated half-hour-animation follows the titular Angela’s wish that everyone has a fantastic Christmas. It inspired a sequel, Angela’s Christmas Wish, also on Netflix.

Christmas animations seem desperate to include animals in Christmas cheer, and why not? In Robin Robin, things are even more blurred as a robin raised by mice makes a Christmas wish to learn who she is and how she can fly. A starry cast, including Richard E. Grant and Gillian Anderson, voice the stunning stop-motion work of Aardman Animations. At 32 minutes, it’s almost epic compared to some on this list.

This 26-minute animation was an early smash for Britain’s new TV station, Channel 4, in the year it launched. It’s returned every year since, inspiring merchandise, spinoffs, and a sequel as it goes. It’s regarded as one of the greatest British TV programs ever made, and it’s easy to see why in its captivatingly simple concept.

Taken from the 1978 picture book, it puts all its trust in Raymond Briggs’s original, distinctive illustrations. The tale of a boy who goes on a fantastic adventure with his snowman one wintry night has no dialogue—the only words come during the iconic flying sequence and central song, Walking in the Air. Thirty years later, it earned a sequel, The Snowman and the Snowdog.