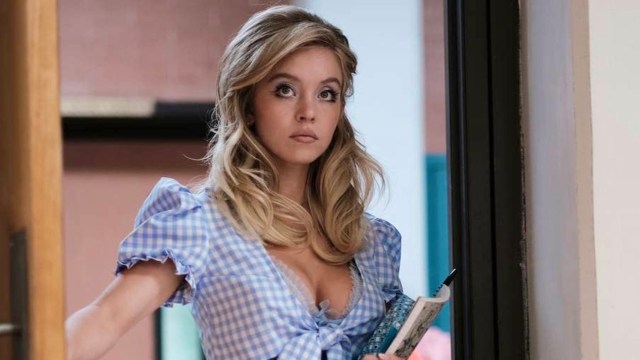 Sydney Sweeney stole the hearts of many with her Emmy-nominated role in HBO’s hit teen drama Euphoria, but hardcore fans know that she has been delivering amazing performances long before that. Her upcoming projects such as Barbarella, Madame Web, and her production company’s debut The Player’s Table will continue her growing streak of high-profile roles, but one thing’s for certain: Sweeney is in high demand right now.

She kicked off her career with small roles in shows like Grey’s Anatomy and Pretty Little Liars, as well as movies like Under the Silver Lake and In the Vault, but it was in 2018 that she began to break into mainstream consciousness. Here are some of Sweeney’s best movies and television shows ranked.

Before Sweeney was walking the halls of East Highland High as Cassie Howard, she was Emaline Addario in Boring High School on Netflix’s Everything Sucks! The show, which only ran for a season, is set in the real town of Boring, Oregon, and follows a group of teenagers from the school’s drama and A/V clubs as they try to make a movie together while dealing with their mental health, sexuality, and all the usual teen issues. The show was a loving parody of the teen culture of the 90s and is slowly gaining a cult following.

Sweeney stars alongside Tiktok’s Chase Hudson (Huddy if you prefer) in Downfalls High, the accompanying film project to Machine Gun Kelly’s 2020 album Tickets to my Downfall. Hudson stars as Fenix, a shy high-school loner who starts dating Sweeney’s character Scarlett, the most popular girl in school. Machine Gun Kelly directed the movie and said that the story was based on the album concept. Downfalls High, much like the album, was well received by most audiences.

Pete Davidson is the leading man in this coming-of-age comedy-drama. He plays a college dropout and drug dealer named Zeke who is friends with a troubled high schooler named Mo. Sweeney plays Holly, Zeke’s girlfriend who also forms a relationship with Mo. Both Zeke and Holly are misguided in their approach to mentoring and helping Mo, but the movie shows the vulnerability and confusion that comes with being a young person.

Written and directed by Lara Gallagher, Clementine is a romantic film that debuted at the Tribeca Film Festival in 2019. Sweeney stars alongside Otmara Marrero in this queer drama that many referred to as a ‘lesbian Call Me by Your Name.’ Marrero plays Karen, a woman who just went through a bad breakup with her girlfriend. In a fit of anger, she breaks into her ex’s lake house, but while she is staying there she meets a teenage girl named Lana, and the two kindle a complex romance. Critics noted that while the plot and pacing fell a little flat, Marrero and Sweeney’s chemistry was refreshingly authentic, and the pair were praised for their performances.

6. Once Upon a Time in Hollywood

Quentin Tarantino made Once Upon a Time in Hollywood as a love letter to the film scene of the 1960s. The movie stars Leonardo DiCaprio and Brad Pitt as an actor and his stunt double who are on a mission to revive their washed up careers. Tarantino also chose to portray the Manson Family cult in the multiple-award winning film, and Sweeney took on the role of real-life member Dianne Lake, also known as “Snake.”

Sweeney’s acting repertoire isn’t only limited to drama roles. She plays a troubled and vindictive piano prodigy in the supernatural horror, Nocturne. Sweeney’s character, Julie, and her twin sister Vivian are both trained pianists, but Julie harbors jealousy and resentment for her sister, and when one of their classmates dies, Julie becomes obsessed with the music she left behind and goes on a destructive downward spiral.

The White Lotus is a multiple award-winning comedy-drama series produced by HBO. The anthology series is set in a fictional resort chain known as White Lotus and follows the staff and guests at the resort over a week. In the first season, Sweeney plays the character of Olivia Mossbacher, a sardonic mean girl and daughter of two resort guests. Though the series was met with much acclaim, Sweeney’s performance was particularly hailed as a standout and she was nominated for an Emmy Award for Outstanding Supporting Actress in a Limited or Anthology Series or Movie.

Sharp Objects is one of Sweeney’s first roles produced by HBO. The drama series stars Amy Adams as a reporter named Camille who is working on a murder case that leads her back to her home town, causing troubling memories to resurge. Sweeney plays Alice, a teenager who was roommates with Camille in a psychiatric hospital. Though Sweeney only showed up in flashbacks, her character’s relationship with Camille provided some of the most emotional parts of the award-winning show.

The Handmaid’s Tale is a record-breaking Hulu series, set in a dystopia where, after a Civil War, world birth rates plummet and fertile women are forced into slavery to bear children for the upper class of society. Sweeney had a recurring role in the second season as Eden, a young bride who we see struggling with her duty as a wife in the oppressive world the show is set in. Her character doesn’t make it past the season, but many fans remember Sweeney’s character as lovable and complex.

Sweeney stars as Cassie Howard in HBO’s Euphoria, undeniably her most popular role to date. Euphoria is about a group of teenagers dealing with struggles from drug abuse, understanding their sexualities, family trauma, and more. Cassie was introduced as a teenage girl struggling to understand the role that sex should play in her life as she is not only objectified, but is the victim of rumors and harassment due to her sexual history. She remains one of the most likable characters in the show, and even though she went off the rails in the second season, fans are still rooting for her to find happiness. Thankfully, her erratic behavior in the second season struck a chord with several critics, who named her a standout character alongside Zendaya. Sweeney earned an Emmy nomination for her performance.