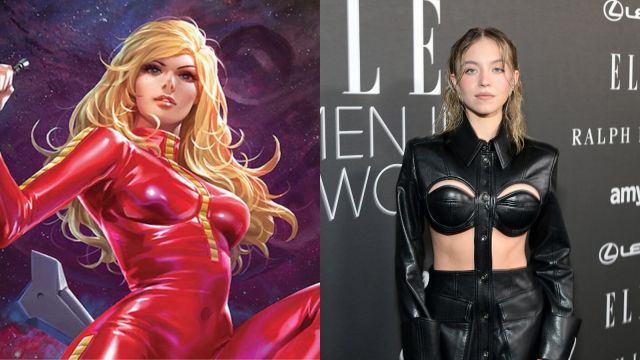 Following news of Sydney Sweeney being cast as Barbarella in an upcoming reboot film, she has finally shared some comments on her new movie.

Whilst attending the Elle Women in Hollywood awards, Sweeney was asked about her upcoming character by Entertainment Tonight, and what in particular has her excited about the role. Unsurprisingly, Barbarella’s iconic scarlet latex suit is one of the looks she’s excited to bring to audiences.

“I’m really excited to serve all the fits. But also, just it’s such an iconic, fun character. And I want to keep that fun alive through Barbarella. So, I’m excited for everyone to see it.”

Sweeney was probed on any potential return of Fonda for the film, but kept shtum on the topic, simply saying she couldn’t say before letting out a nervous chuckle.

There’d been several attempts to reboot the property in celluloid form over the years, but it’ll be Sony Pictures who produce the Sweeney reboot. No director or writer is currently attached to the project, though Sweeney is currently starring and executive producing.