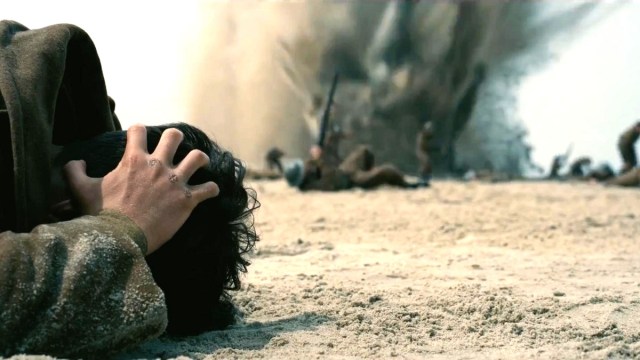 Every filmmaker sets out to make the biggest and best movie they can anytime they call “action”, but very few actually manage to do it. Of course, Christopher Nolan has become accustomed to busting blocks and winning rave reviews every time he steps behind a camera, so was anybody really that shocked when Dunkirk became the most successful entry in an entire (and hugely popular) genre?

By earning $527 million at the box office, the uniquely-structured epic demolished the record set almost 20 years previously by Steven Spielberg’s Saving Private Ryan to become the single highest-grossing World War II film ever made. If we’re talking about real-world conflicts in general, though, it sits second on the all-time rankings behind the $547 million haul of Clint Eastwood’s American Sniper.

Dunkirk also won three Academy Awards from eight nominations in the technical categories, with Nolan additionally scoring his first Best Director nomination into the bargain. Splitting the story into three dovetailing strands to retell the titular evacuation from the perspective of forces on land, sea, and air is as simple as it is stunning, with Hans Zimmer’s metronomic score further enhancing the immersion.

It doesn’t quite play the same way on the small screen, to be honest, but that hasn’t stopped Dunkirk from putting boots on the ground on-demand. Per FlixPatrol, the acclaimed and stirring dramatization of a pivotal moment in history has become one of the top-viewed titles on HBO Max’s global rankings, with audiences happy to hear the clock ticking all over again.