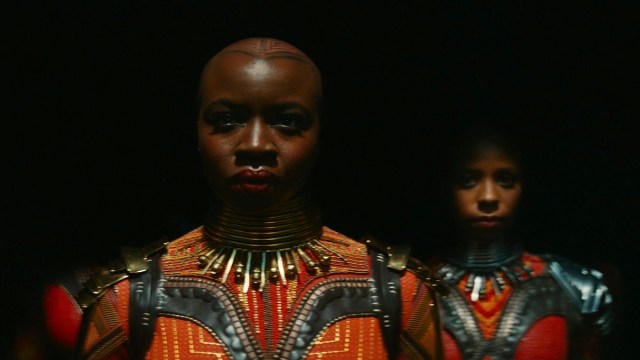 If the Black Panther: Wakanda Forever trailer wasn’t spine-chill-inducing enough, the film now has an accompanying prologue soundtrack that you can listen to anytime you feel like blasting Tems’ emotional rendition of “No Woman No Cry,” as seen in the teaser.

The soundtrack was made available by Marvel on Spotify and other music service platforms Monday.

The collection, officially called Black Panther: Wakanda Forever Prologue, consists of only three tracks in total. Marvel itself is also listed as the co-artist on each of the songs.

The Nigerian singer Tems, currently best known for working in the genre of Afrobeat, is undoubtedly the headlining act in the prologue as it was her rendition of Bob Marley’s legendary song that opened the initial few frames of the trailer, featuring Lupita Nyong’o’s Nakia staring longingly into the ocean, clearly in mourning of her lost love, Chadwick Boseman’s King T’Challa. But do give the other two tracks, “A Body, A Coffin” by Amaarae and “Soy” by Santa Fe Klan, a listen as they are equally as enjoyable.

The prologue album is a collaboration between Hollywood Records and Marvel Music, according to Variety.

With the first Black Panther film, rapper Kendrick Lamar produced an original soundtrack to go along with it, Black Panther: The Album. While it’s not entirely clear whether Lamar will be returning to produce another album for the sequel, the use of Lamar’s “Alright” in the trailer may hint at his return.

Ludwig Goranssan, who won an Academy Award for his original score of the first Black Panther film, will be returning to compose the music for Wakanda Forever.