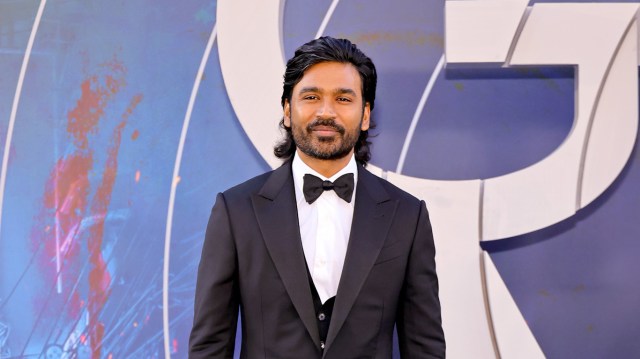 Netflix’s The Gray Man is out for people to stream now. The globe-trotting action, adventure and espionage film fronted by Ryan Gosling, also stars Indian actor Dhanush, who says he cannot believe the Russo brothers knew who he was.

The multi-talented performer makes the revelation at a recent global press conference for the film. He says there were a lot of COVID-19 protocols when it shot, but, this did not surprise him as much as the recognition from the Marvel moneymakers.

“To be honest I was very surprised they knew about me. So then, whenever I had a conversation with any of the team – there were a lot of Covid protocols – so we would get on Zoom calls and they would tell us, you know, ‘you have to take a test on Monday and then Wednesday and then Friday, and those types of things…’ I asked that question to everybody else other than them. I’m being very honest, that’s the thing that surprised me the most.”

The Gray Man is Dhanush’s second-ever film made predominantly in English. The previous effort was 2018’s The Extraordinary Journey of the Fakir and he does not appear to have more on deck as of filing. His upcoming work includes Thiruchitrambalam and Vaathi. Aside from film, Dhanush has also worked in music, has put out songs since 2004, and was ultimately pressured into getting into the entertainment industry by his brother, despite at first wishing to earn a living as a chef.

Read our review of The Gray Man here.