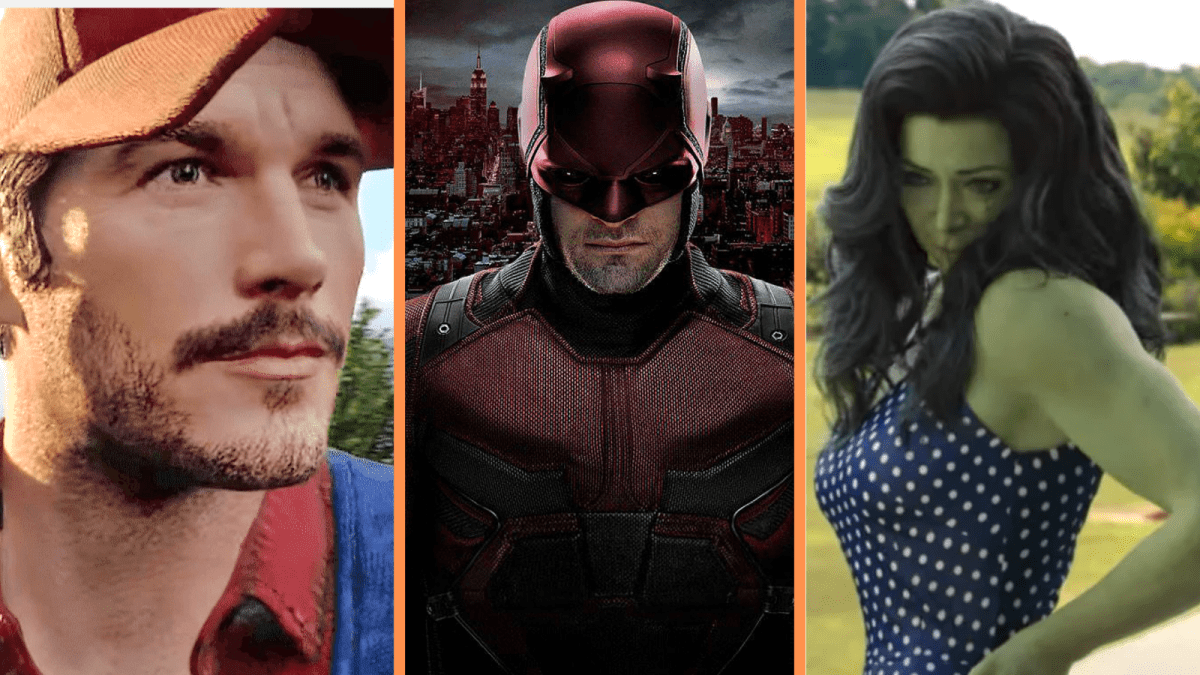 Brace yourself, nerds – it’s a huge day for you. There are two very big things that are being hyped for two very different reasons happening almost simultaneously. As pointed out below by Twitter user Nando by Night, we’re going to be seeing Charlie Cox as Daredevil in the highly polarizing She-Hulk: Attorney at Law, and the debut of Chris Pratt voicing the titular plumber of the Super Mario Bros. movie.

So, enjoy the serenity of your lukewarm Twitter feed while it lasts, because it’s all about to go down.

She-Hulk: Attorney at Law has a bit of a Star Wars: The Last Jedi complex, in which critics have certified the Disney Plus sitcom as Fresh on Rotten Tomatoes while audiences have a less favorable view on the adventures of Jennifer Walters. Many viewers are feeling a sense of Stockholm syndrome towards the show while they wait for the promised arrival of Daredevil, which just dropped.

Then, on the other side of the crapstorm coin, Chris Pratt has been memed into near oblivion over the past year since he was revealed to be providing his voice to the mustachioed lips of everyone’s favorite video game plumber in the upcoming movie. It’s been the butt of so many jokes, it even spawned a surprisingly not terrible looking remake of the original 1983 Super Mario Bros NES game. At New York Comic Con, we’re finally going to be getting our first official look at what exactly that looks and sounds like, and the world is on tenterhooks.

Well, we have an idea of what it looks like – and Pratt’s Mario has not been doing an adequate enough job on leg day with a butt that flat.

In short – get ready for a wild ride. We’re about to see whether or not She-Hulk was worth your perceived pain, and whether or not Plumber Pratt deserves all the jibes being slung his way for the past year.