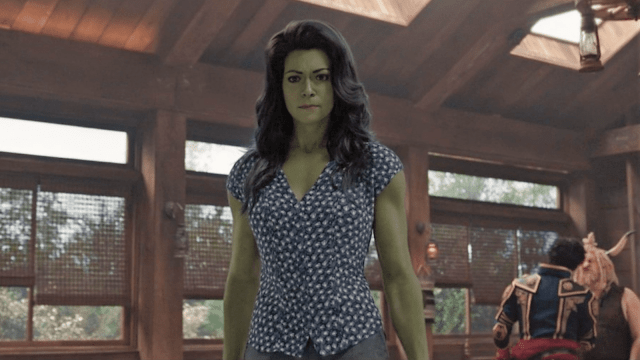 She-Hulk: Attorney at Law has certainly had its fair share of naysayers since it first debuted on Disney Plus over seven weeks ago, with fans criticizing many aspects of writer Jessica Gao’s approach to tackling the story of Jennifer Walters. However, the consensus from critics is in, and with just two episodes of the superhero sitcom to go, it has been awarded a ‘Certified Fresh’ rating on Rotten Tomatoes.

Over 500 critic reviews of the show starring Tatiana Maslany in the titular role have culminated in the popular film and television aggregator service giving it its most sought-after sticker, with a rating of 87 percent at the time of writing.

So it seems like we have ourselves a bit of a Star Wars Episode VII: The Last Jedi debacle on our hands in which critics and fans are well and truly polarized on whether or not She-Hulk is any good, with a quick visit to the show’s Rotten Tomatoes page revealing that fans don’t approve of the sitcom anywhere near as much, with a rating of 36 percent.

Many common complaints among fans have been about the lack of character development and seemingly insignificant overarching storylines and the feeling of being held hostage to the ‘stick’ of sitting through the stories of what is perceived as unlikable characters, with the ‘carrot’ of the inevitable appearance of Charlie Cox as Daredevil, which has been promised since before the series aired.

Whether you love it, hate it, or are entirely indifferent to it, we still have two more episodes of She-Hulk: Attorney at Law to go, after which we’ll finally see if all of the alleged filler we’ve seen up until this point will connect some dots and bear fruit.

The show is dropping new episodes every Thursday on Disney Plus.