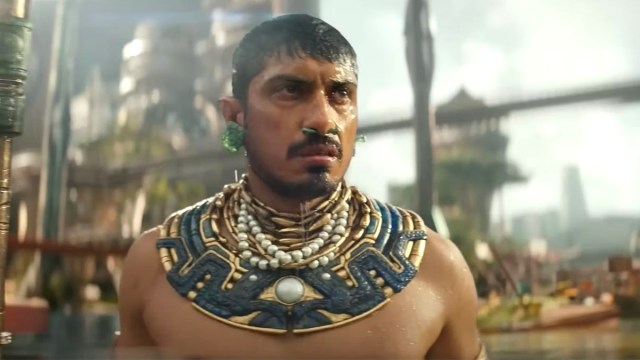 Black Panther: Wakanda Forever is now out in theaters, bringing with it the MCU debut of one of Marvel’s oldest ever characters. Namor the Sub-Mariner’s comic book history goes way back to Oct. 1939’s Marvel Comics #1, meaning he predates every other Marvel hero we’ve met in the franchise to date. Well, except one, that is. There is another character who is as old as Namor, and it just so happens that they’ve already appeared in the MCU. It’s just that everybody’s forgotten all about it.

The character in question is the original Human Torch, Jim Hammond. Likewise introduced in Marvel Comics #1, Hammond was really an android created by scientist Phineas Horton who could generate and control fire. To facilitate operating as a superhero, Hammond created a secret identity for himself as a New York City police officer. Since Johnny Storm’s arrival on the scene in 1961, Hammond is often overlooked. And yet he did briefly make it into the MCU in an early Phase One offering.

In Captain America: The First Avenger, Steve Rogers attends Howard’s Stark Expo with Bucky Barnes and their dates, which sports many wondrous exhibits. That includes a blink-and-you’ll-miss-it cameo from the OG Human Torch. Although he doesn’t seem to be sentient, like his comics counterpart, the robot featured in a display tube⁠—labelled as “Phineas Horton Presents/The Synthetic Man”⁠—is a close visual match to Hammond from the page.

As well as a welcome tip of the hat to another early Marvel hero⁠—Cap himself debuted two years later in March 1941⁠—this easter egg also served as a callback to Chris Evans’ original Marvel role, as the Johnny Storm Human Torch in the Fantastic Four films. Maybe we could one day meet a Jim Hammond from another Earth who happens to be played by our new Sexiest Man Alive? Hey, we can dream.