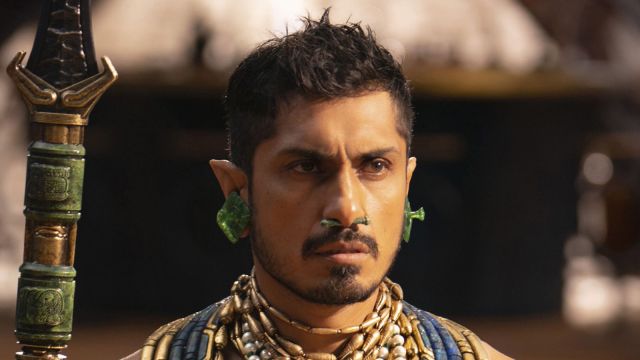 Black Panther: Wakanda Forever his picked up right where its predecessor left off, with fans ready to defend Namor as not being a villain, or doing nothing wrong.

Tenoch Huerta’s big debut in the Marvel Cinematic Universe as Namor is feeling eerily reminiscent of how people felt after seeing Michael B. Jordan as Killmonger. Fans are quick to defend Namor and are more than happy to say the Sub-Mariner is entirely justified in what he did.

Which, let’s be frank, was a whole lot of violence and war crimes. If such a thing exists with underwater fish people and secluded African utopias.

Comparisons have quickly been made to one of the MCU’s last attempts at a tragic villain, with Scarlet Witch thrown into the firing line after Doctor Strange in the Multiverse of Madness.

Not far off after the tweets defending Namor is the ones thirsting for Namor. Let’s just say people are feeling a very certain way about the mutant god. Being hot is absolutely enough reason to get away with war crimes, or pretty much any atrocity.

The Sub-Mariner’s kingdom of Talokan could soon be seeing some real New Asgard-levels of tourism, especially once the world sees Namor without his shirt. Which is to say as soon as they see him, because the man refuses to cover up. Himbo king.

Black Panther’s plot has also been put into question, and apparently it’s very, very good. Perhaps even too good for an apparent villain. Time for the solo movie, Kevin Feige.