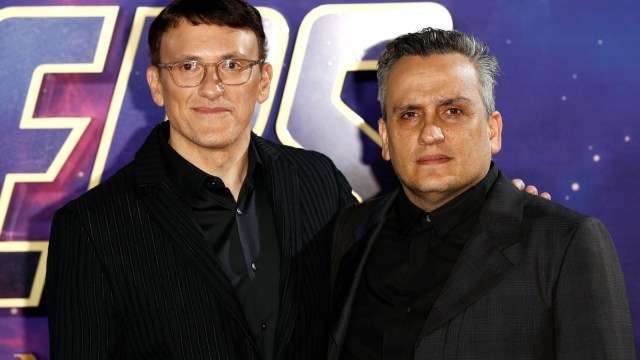 Well, it finally happened. Marvel officially announced Avengers: Secret Wars is on its way at Comic-Con this past weekend, causing a legion of MCU theorists to punch the air in the process. Still, the movie isn’t going to go down exactly as we expected it. Given how much they’ve touted the original comics event as their personal favorite, everyone fully anticipated the Russo brothers to direct the movie. But we now know that won’t be the case.

The Avengers: Infinity War and Endgame filmmakers played down the chances of a Secret Wars adaptation in the run-up to SDCC. It turns out they were telling us the truth, from a certain point of view, as while the film is happening it’s not coming from them. Now that the Kang is out of the bag, Joe and Anthony Russo opened up to Deadline about why it was impossible for them to direct SW for Marvel given their incredibly busy schedule. As Joe Russo explained:

“We have a lot of movies lined up for most of the decade. They’re amazing and they follow a storytelling pattern and that movie will work very well for their multiverse arc. If it was happening later in the decade it might have made sense for us, but it’s just a timing issue.”

By the sounds of it, then, the Russos were Marvel’s first port-of-call when it came to finding someone to helm Secret Wars but it just wasn’t possible. This must’ve been a very tough decision for the pair to make, knowing as we do how much they love the storyline, but it seems like the two parties just couldn’t make something work seeing as that the studio wants the film ready for 2025.

To be clear, Marvel has yet to announce a director for either Secret Wars or its lead-in, The Kang Dynasty, so it’s likely they’re busy looking for the right person (or persons) to step into the brothers’ big shoes. It’ll be a challenge for someone else to manage the MCU’s next two-part mega-sized event with the same deft hand as the Russos did last time, but we’re sure Marvel will find someone capable. Just so long as it’s not Joss Whedon.