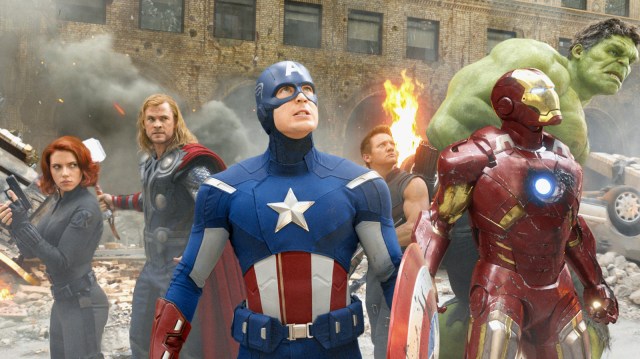 The future of the Avengers franchise is foggy right now as Marvel doesn’t seem to be in a hurry to make a follow-up to Avengers: Endgame anytime soon, preferring instead to focus on solo movies, sequels, and TV shows. But given that Avengers 5 has a good chance of becoming the biggest movie of all time, it’s surely as inevitable as Thanos that it’ll materialize eventually. But who should direct it?

What could be the worst MCU take we’ve ever heard ponders if Joss Whedon should return to the MCU to helm the next outing for Earth’s Mightiest Heroes. Proving themselves one of those who just like to watch Reddit burn, user u/adamAlexanderGreen pitched the idea on the r/marvelstudios subreddit that Whedon could come back for Avengers 5, seeing as the Russo brothers are busy elsewhere.

The OP stressed that this isn’t something they personally want, but they thought they’d float the concept all the same. And, whadda ya know, every single Marvel fan seems against the idea. You didn’t see that coming?

While most of the comments simply featured the word “no”, with the occasional “hell” thrown in for a bit of color, others actually bothered to elaborate a little more on why it would be a terrible idea for Marvel to rehire the disgraced Whedon, whose career is essentially over now due to a series of workplace harassment and improper conduct allegations.

Even those diehard defenders of Age of Ultron don’t want him back.

“I’d prefer for the actors to be treated nicely during filming, so no.” Perfectly said.

Alternate take: how about Kevin Smith?

Due to a combination of his personal scandals and the abject failure of Justice League, Whedon has no major projects on the horizon, so expect the concept of a Whedon-directed Avengers 5 to go no further than this Reddit thread. The movie will no doubt happen at some point, but you don’t need to be Doctor Strange to see that the man who first brought the team together won’t be the one to reunite them.